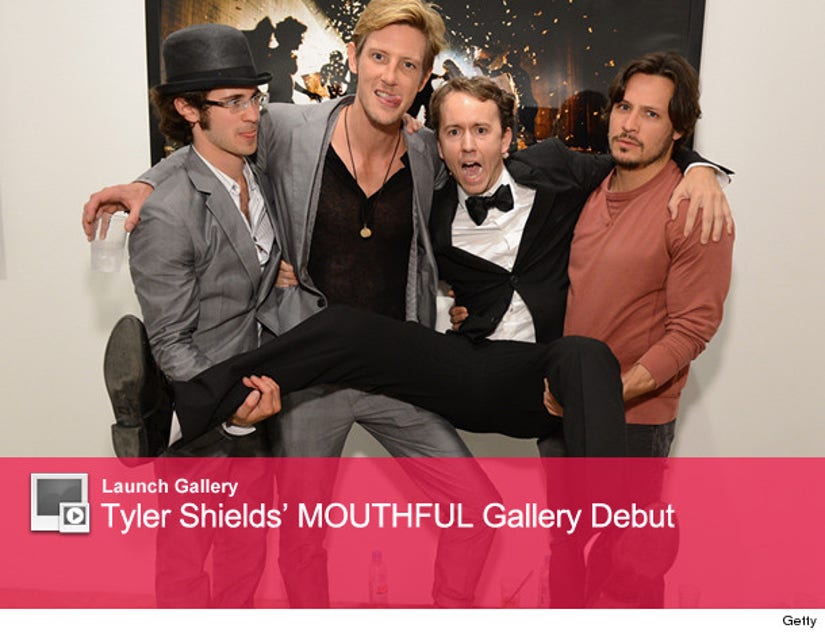 The host young cast of "Revenge" hit up the opening of a wild and crazy art exhibit this weekend -- where they were surrounded by people in rabbit masks and some kissing panda bears!

Gabriel Mann, Connor Paolo, Nick Wechsler and Christa B. Allen were all spotted at the opening of Tyler Shields' "MOUTHFUL" exhitbit on Saturday.

Shields is known for his out-there and sometimes controversial photos of stars like Lindsay Lohan, Mischa Barton, the cast of "Glee" and a number of the young actors and actresses mentioned above.

Check out all the star sightings in the gallery!