Kim Kardashian and Kanye West continue their love world tour -- the pair hit the Cannes Film Festival on Wednesday night, though appear to have left their good fashion in the States!

After appearances in New York, Los Angeles and London, the new lovebirds were spotted in the south of France where the 34-year-old rapper debuted a short art film called "Cruel Summer," which he produced, wrote and directed. 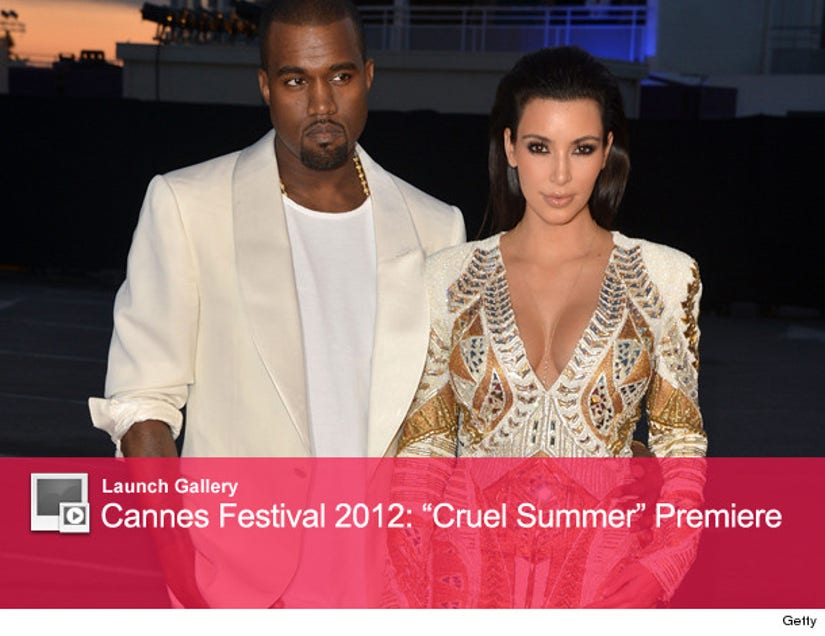 Kim's embroidered long-sleeved minidress from the Balmain Resort 2012 collection was definitely a step above her beau's look, though we can not get behind black ankle boots on the French Riviera in late spring ... or the lariat necklace that's draped in her cleavage. C'est très mauvais!

Click "Launch Gallery" above to see more shots of Kimye (yeah, we said it) in Cannes!