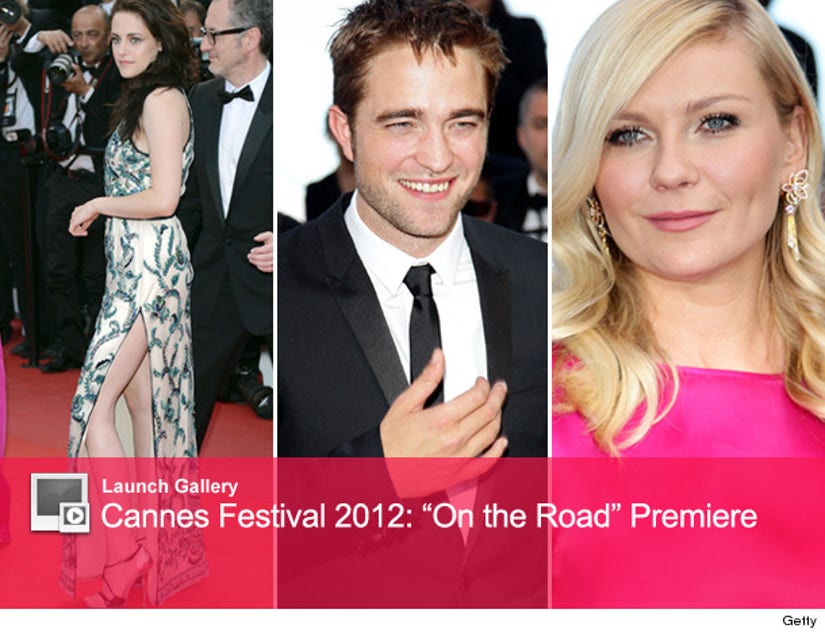 While Kristen Stewart was showing a lot of leg on the red carpet today, her boyfriend Robert Pattinson showed something of his own: Support.

The "Twilight" co-stars-turned-couple hit the carpet in Cannes today for the premiere of Kristen's new movie, a film version of Jack Kerouac's "On the Road" -- but they didn't walk it together.

Robert went solo down the arrivals line, while Kristen also posed for pics by herself in a sexy Balenciaga gown before joining the rest of her co-stars.

And what attractive co-stars they are!

Kirsten Dunst looked gorgeous in a pink dress, with hotties Garrett Hedlund and Viggo Mortensen by her side.

The movie is expected in theaters later this year.