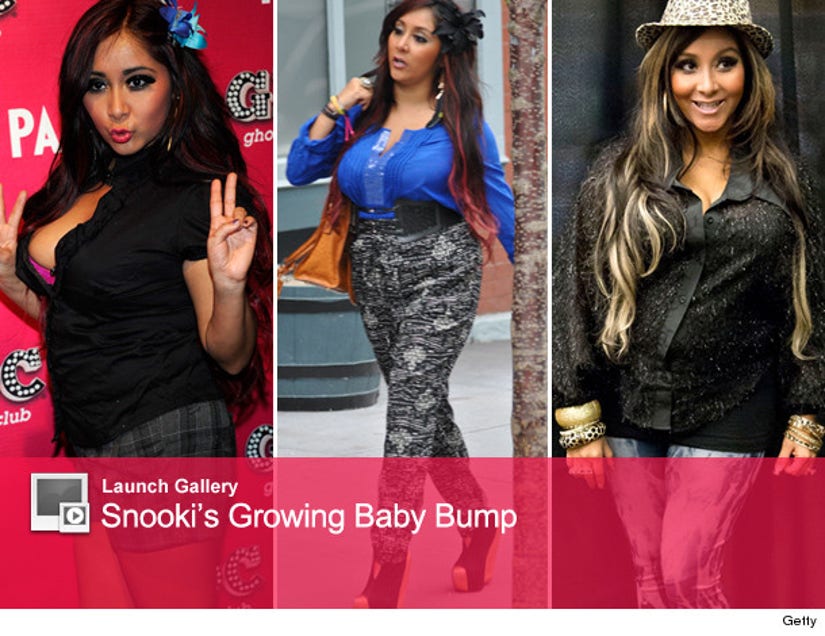 There's a little guido on the way for Snooki and Jionni!

The pregnant "Jersey Shore" star tells InTouch that she and her fiance are having a baby boy -- and she did it in classic Snooki fashion.

"You're not supposed to see the baby's penis that early on, but my doctor could," Nicole "Snooki" Polizzi tells the mag. "Jionni felt so cool, like, 'Yeah, that's my boy!'"

Polizzi reveals that she was hoping for a little guidette, saying "All girls want girls ... but then again, it's still my baby no matter what. I'm excited either way."

The interview then got into the TMI zone, with the couple opening up about their sex life while she's pregnant.

"Our sex life is hardly there," she said. "I just feel too icky and gross. I'm so not in the mood to do stuff."

And while she's clearly an open book, there's one thing she won't share with the public: Video of the baby's birth.