Charlize Theron is opening up about her adopted baby boy Jackson -- and sharing a couple adorable and personal photos of the little guy with her pooches!

"From the moment this baby came into our home, those two dogs have never been more in love," Theron tells Ellen DeGeneres in an interview airing today. "It's the most beautiful thing I've ever witnessed."

People keep saying, oh you're a single mom and I'm like actually I'm not. I got two boys [the dogs] helping me out. It's incredible," she adds.

During the interview Theron also reveals that little Jackson is an American-born baby and she brought him home when he was just nine days old.

The "Snow White & The Huntsman" star got emotional talking about the two-year adoption process.

"It really took two years of just waiting and then one day it's finally there, " she says. "It just feels exactly how it's supposed to feel. I don't know how to describe it. It just feels right." 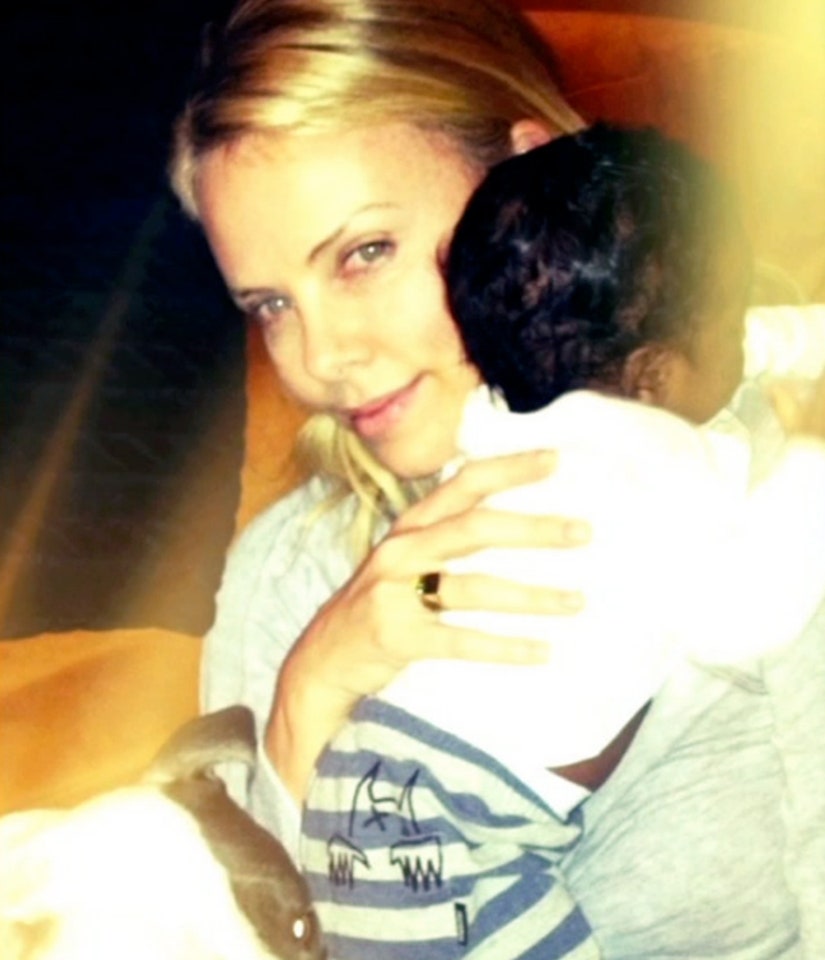