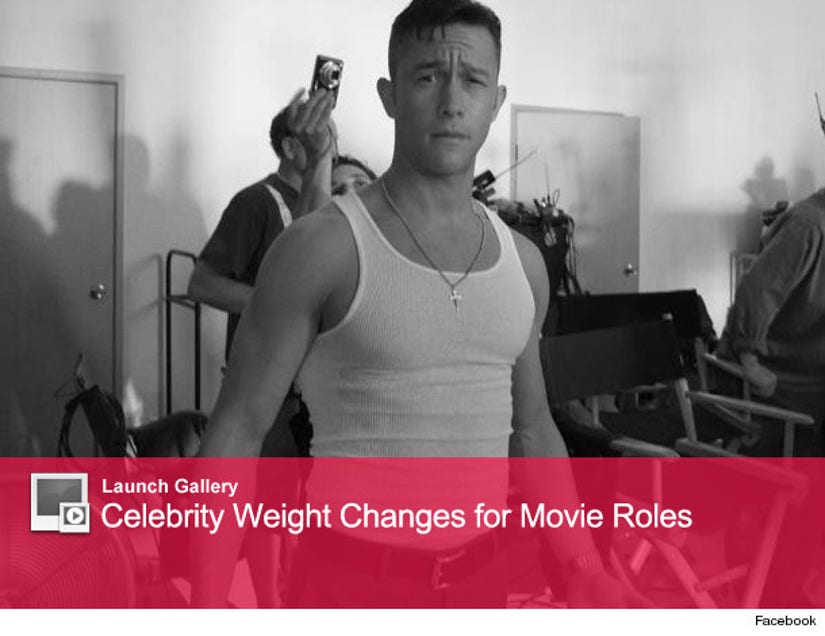 Wow, Joseph Gordon-Levitt has bulked up!

The "(500) Days of Summer" star showed off his buff new bod moments ago on Facebook, posting a photo of himself (and his bigger arms!) while on the set of "Don Jon's Addiction."

According to IMDB, the movie is about "the journey of a contemporary, porn-addicted Don Juan-type as he attempts to become less selfish."

Do you prefer the bulkier or the old fashioned, more hipster version of JGL? Sound off below!

Plus, see more stars who've gained muscle for a role above.