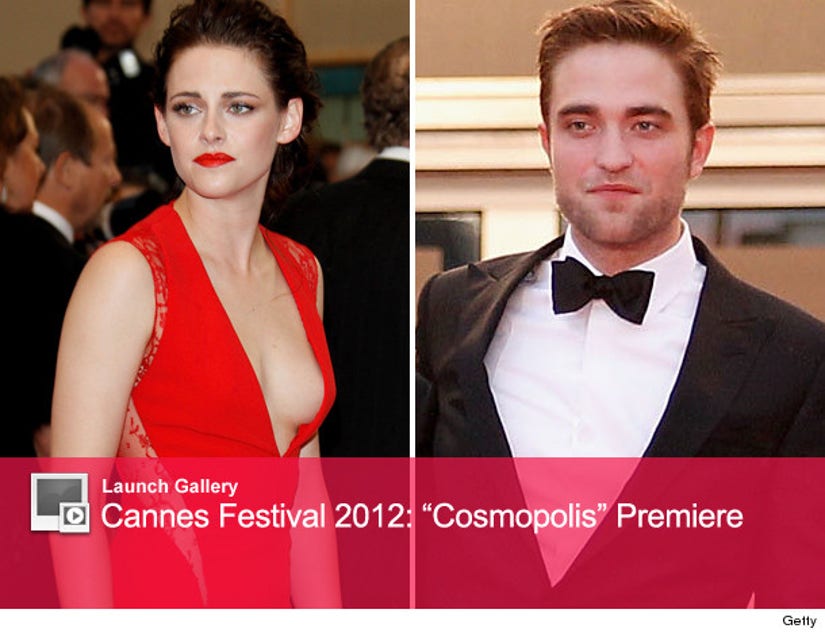 It may have been Robert Pattinson's movie, but all eyes were on Kristen Stewart at the premiere of "Cosmopolis" today in Cannes -- thanks to her risque red dress!

Stewart turned heads in a gorgeous and sultry Reem Acra gown that definitely needed the assistance of some double-sided tape to pull off.

Though it was her boyfriend's premiere, Stewart hit the red carpet with her "On the Road" co-star Tom Sturridge.

We were really hoping Kristen and Rob would finally do an arrival together, now that the cat is officially out of the bag about their relationship thanks to a publicized makeout session earlier this week.