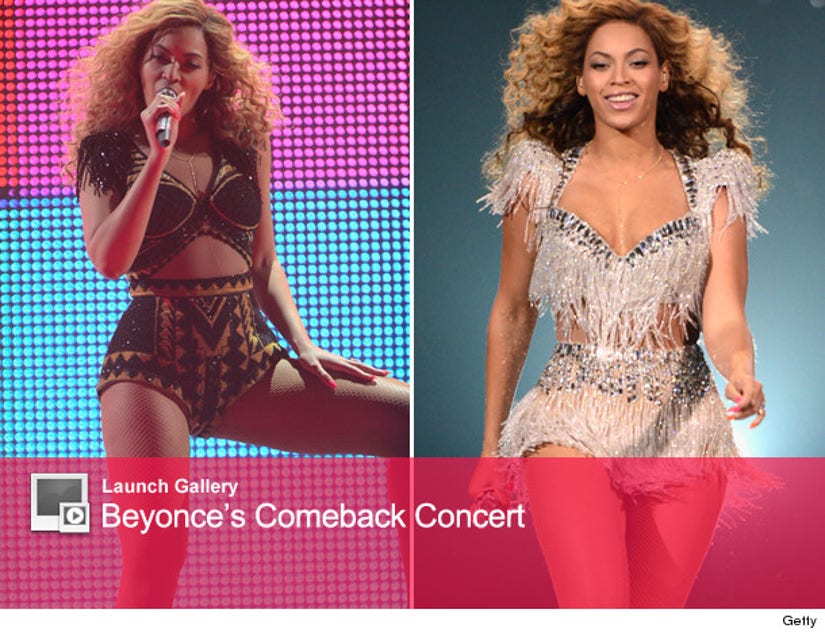 ATLANTIC CITY, N.J. (AP) -- Michelle Obama was with the single ladies this weekend, joining 5,500 fans at a Beyonce concert in Atlantic City.

Gov. Chris Christie was among the sell-out crowd packed into Revel's Ovation Hall.

Michelle Obama and the girls appeared excited throughout the concert, cheering Beyonce on. The daughters even sang along to the old school-sounding jam "Love on Top."

Obama recently told People magazine that if she could be anyone else, it would be Beyonce. And she came close, at least in how she was received by the audience: The first lady got a roaring cheer that matched Beyonce's as she made her way to her seat in a shiny green dress. Some fans took photos while others screamed her name. One yelled, "This is history!

Beyonce opened the night with the upbeat "End of Time," wearing a glimmering silver outfit and hot pink shoes that matched her nails. She followed that with more up-tempo hits like "Crazy In Love," "Get Me Bodied" and "Party."

During the slower grooves, Beyonce brought on the emotion. She held back tears during a rousing rendition of "Resentment" and sat on top of a piano when belting the love song "1+1."

The multiplatinum singer's Atlantic City concerts are her first since giving birth in January to daughter Blue Ivy.

"Y'all don't know how hard I had to work," Beyonce told the crowd. "I had to lose 60 pounds. They had me on the treadmill, eating lettuce."

Beyonce paid tributes to late singers throughout the night, singing a verse of Whitney Houston's "I Will Always Love You" and giving Donna Summer a shout-out when performing "Naughty Girl," which samples Summer's hit "Love to Love You Baby." She also performed a cover of Lauryn Hill's "Ex-Factor" and infused Goo Goo Dolls' "Iris" when she singing "If I Were a Boy."

She also performed Friday and has shows on Sunday and Monday at Revel, which also has a casino.

"I hope y'all win a lot of money tonight," Beyonce said at the end of her show.