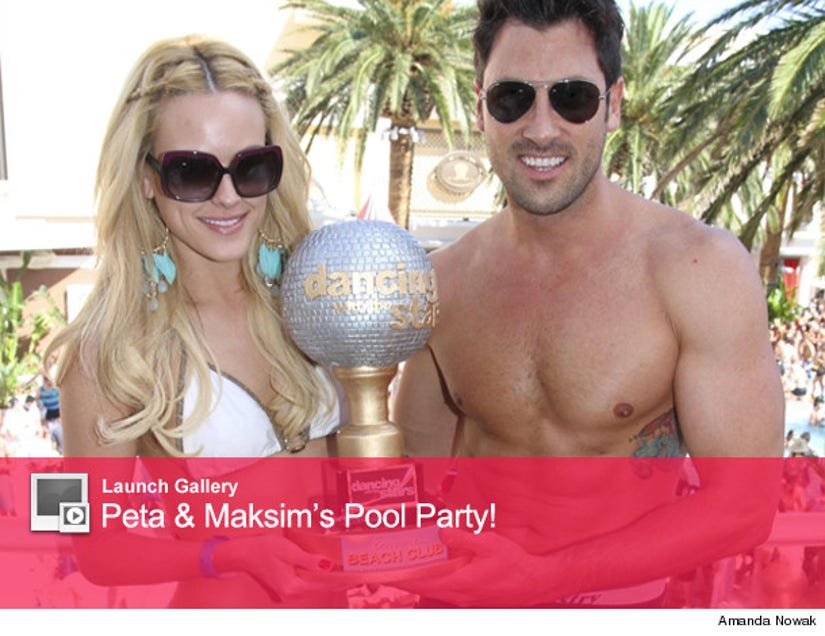 "Dancing with the Stars" hotties Peta Murgatroyd and Maksim Chmerkovskiy hit the pool this weekend in Las Vegas -- and looked goooood doing it!

Peta, who won the mirror ball trophy with partner Donald Driver last week, celebrated her victory Saturday at the Encore Beach Club in Encore at Wynn Las Vegas with the ripped Maks.

Sources at the party said the two were "being very affectionate with each other" and "seemed to be really into each other" -- do you think there's a possible couple alert here?

The two were also spotted dining together at Society Cafe Encore later that night.

They'd be one pretty hot couple if so! Check out more photos above.