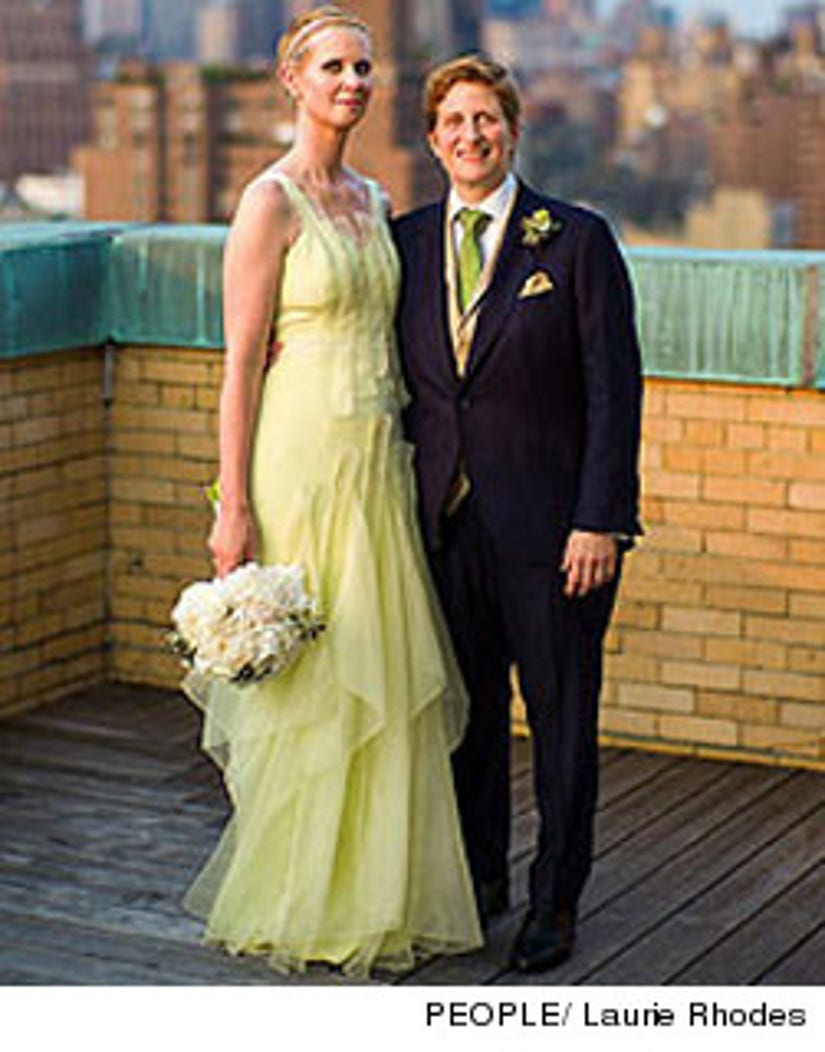 "Sex and the City" star Cynthia Nixon is single in the city no longer -- she wed her longtime girlfriend over the holiday weekend!

Cynthia, 46, and Christine Marinoni, 45, said their "I do's" in New York on Sunday, according to People.

"On May 27, 2012, Cynthia Nixon and her girlfriend, Christine Marinoni, were legally married in the state of New York," read a statement issued to the magazine from Nixon's rep. "Nixon wore a custom dress by Carolina Herrera."

The couple has been together since 2004 and became engaged five years later at a rally to support same-sex marriage in the Empire State.

The pair has a son together, Max Ellington Nixon-Marinoni, who was born in February 2011. Nixon also has two children from a previous relationship.