We didn't think it would happen, but a foreigner has been named "America's Next Top Model!"

Sophie Sumner of Oxford, England edged out Laura LaFrate of Scotia, New York as the winner of Season 18 of the long-running modeling competition.

This cycle's theme was "British Invasion," with seven U.S. models competing against seven U.K. models. Sumner won over Tyra Banks and the judges with her strong photos and vivacious personality. Sumner previously competed on "Britain's Next Top Model" and was the runner-up in Season 5 of that show. During "America's Next Top Model," Sophie expressed doubt that a Brit could win, and was visibly surprised when she was named the winner. Check out her winning moment below:

Sophie's prizes include a $100,000 contract with Covergirl, contracts with L.A. Models and New York Model Management, a guest correspondent role on "Extra," a fashion spread in Vogue Italia. She also will record a single with CBS records and become the face of the fragrance "Dream Come True." 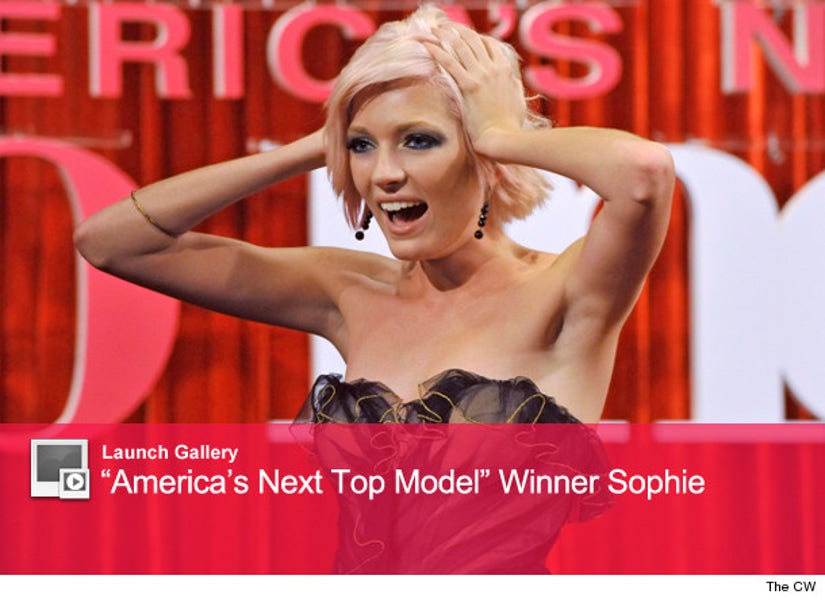 Check out her portfolio above!

Cycle 19 of "ANTM" will be a "college edition" with new judges.