For some, age is only a number. In Heidi Klum's case, it's true!

Even though the supermodel and mother of four is approaching her forties, she's definitely still got it. And to celebrate Heidi's birthday, we've pulled 39 of her sexiest shots!

The German beauty got her big break in 1992 after winning a modeling contest sponsored by Petra magazine. Her prize included contract with modeling agency Metropolitan, and soon afterwards Heidi began booking runways all across Europe.

Once she established a super successful career overseas, Heidi landed in the U.S. and signed with Victoria's Secret as a model/spokesperson. Since becoming the face and body of the lingerie line, Klum has expanded her brand from jewelry to perfume, and even into reality TV as the host of "Project Runway." 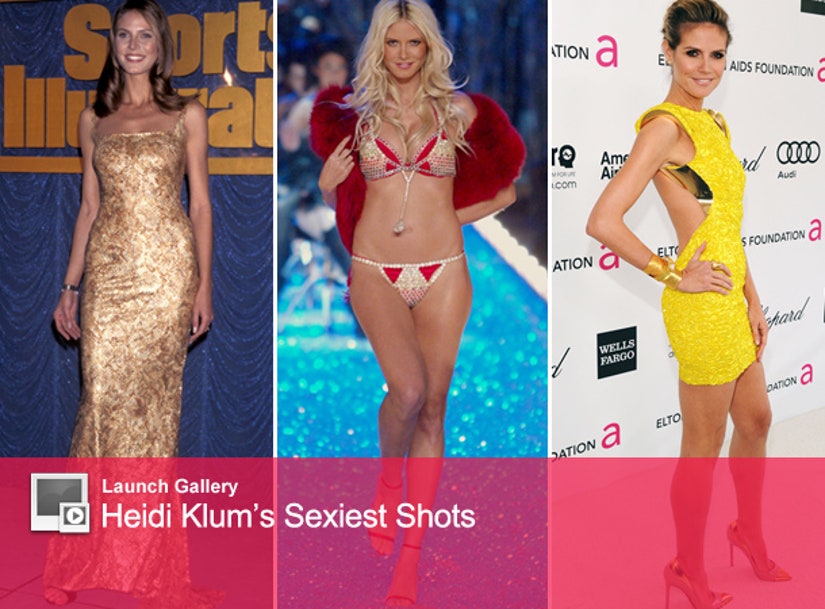 Heidi and Seal wed in 2005 and the two share four children together … but the pair filed for divorce in April 2012. Considering the 39-year-old is worth an estimated $14 million and has been named one of the 50 most beautiful people in the world by People magazine, we think she'll be alright.

Click “Launch Gallery” above to see all the pics!