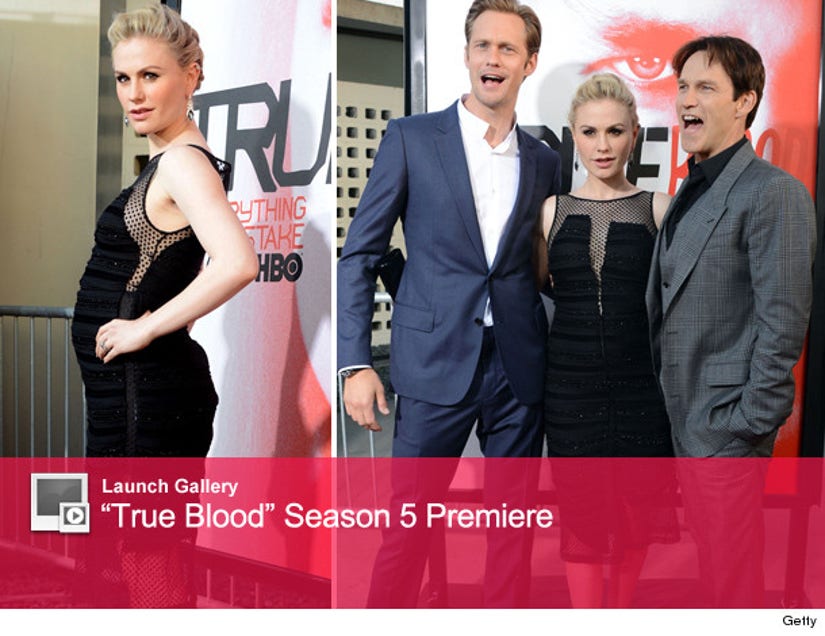 Sookie Stackhouse is starting to show!

Anna Paquin hit the red carpet at the Arclight in Hollywood last night for the Season 5 premiere of "True Blood" -- and she brought her growing baby bump with her.

The star, who is expecting her first child with husband and costar Stephen Moyer, flaunted her new curves in a tight black dress.

The couple looked happy, adorable and excited in all their photos together. Everybody now: Awwwww!

Also spotted at the premiere was the rest of the oh-so-sexy cast, including Alexander Skarsgard, a clothed Joe Manganiello, Ryan Kwanten, Sam Trammell, Nelsan Ellis, Deborah Ann Woll, Kristin Bauer van Straten and Rutina Wesley ... whose character may or may not have kicked the bucket at the end of Season 4.

Check out all the premiere and after-party pics in the gallery above.