The MTV Movie Awards have given us plenty of outrageous moments … from passionate kisses even to mooning, there's never a dull moment!

Who can forget when Jim Carrey showed up to the 1999 MTV Movie Awards appearing almost unrecognizable as he channeled his inner hippie, chain smoking on stage all the while accepting the golden popcorn for Best Male Performance … never breaking his disposition throughout the night (even amongst friends).

Or the 2009 award show where Sacha Baron Cohen's flamboyant alter ego, Bruno, flew down from the ceiling only to fall backside first into Eminem's face. And in 2010, when Jennifer Lopez, Ludacris and Tom Cruise as Les Grossman from “Tropic Thunder” shared the stage and some sexy dance moves in a hilarious choreographed performance. 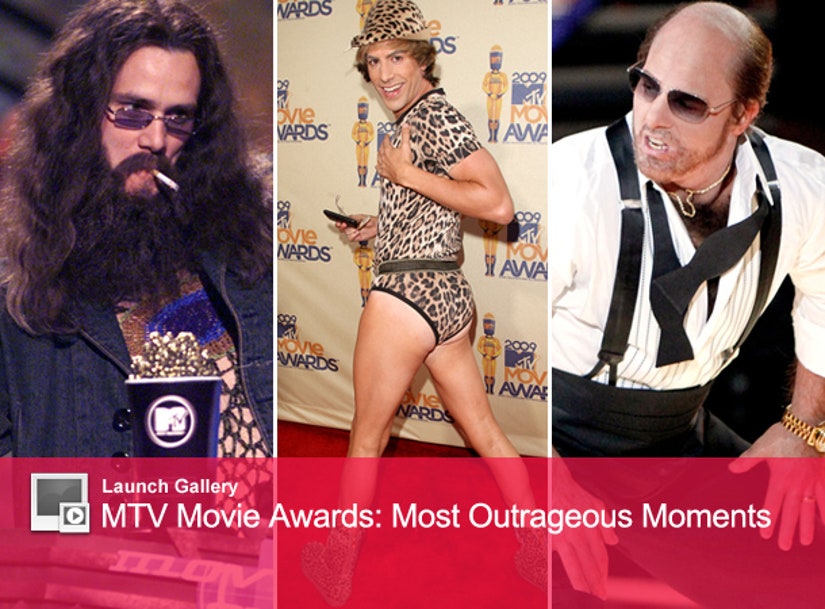 This list can go on, but we're sure there will be plenty to add after this year's show. And with Russell Brand as the host, were certain some A-listers will be getting slammed!

Click “Launch Gallery” above to check out all of the craziest moments from the MTV Movie Awards thus far!