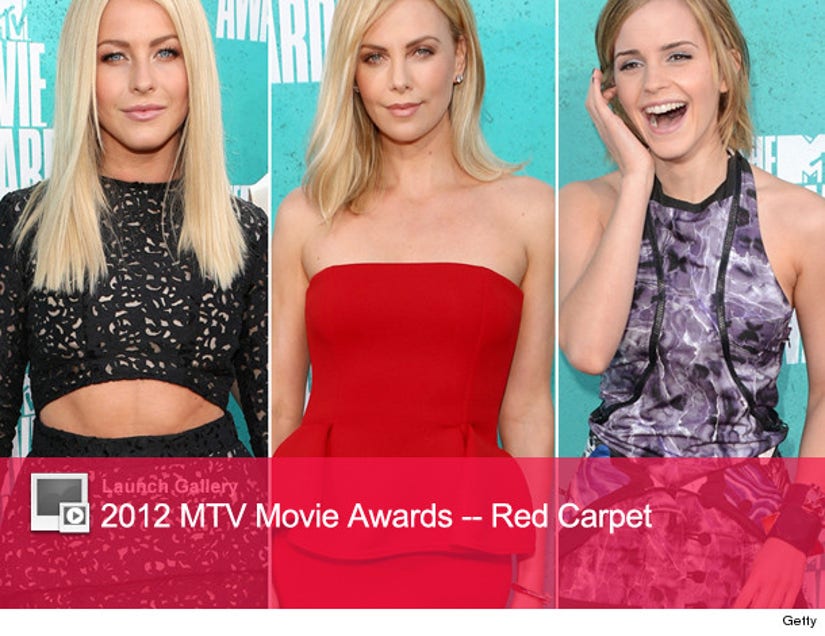 The 2012 MTV Movie Awards are underway and toofab has your complete coverage of the red carpet arrivals!

It's a warm afternoon at the Gibson Amphitheater in Universal City, CA and mini dresses and lots of leg are in. As in years past, we've already seen some questionable looks!

Russell Brand is set to host tonight's awards show, so there will definitely be plenty of antics. "The Hunger Games" and "Harry Potter and the Deathly Hallows -- Part 2" are vying for the top awards.

Keep coming back to toofab for more of the 2012 MTV Movie Awards!