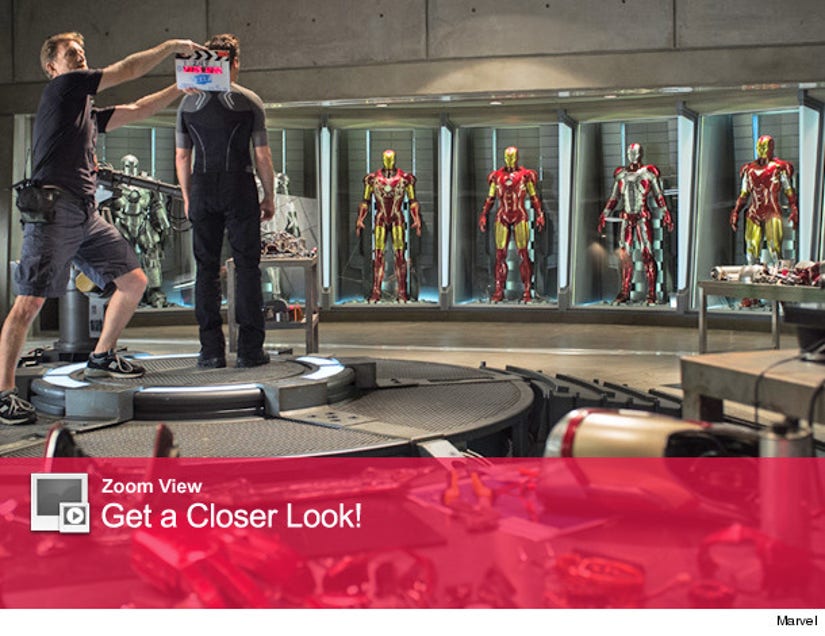 Robert Downey Jr. is ready to suit up as Iron Man again ... and he's got quite a few suits to pick from!

Marvel released the first official photo from the set of "Iron Man 3" this morning, showing RDJ looking at all 7 versions of his superhero armor.

Check out some of the details from the official press release:

Following in the footsteps of the record-breaking Marvel Studios' release “Marvel's The Avengers,” production on the highly anticipated film “Iron Man 3,” directed by Shane Black, has commenced production in Wilmington, North Carolina. The production schedule will also include locations in Raleigh/Durham, North Carolina, Miami, Florida and China.

"Iron Man 3" production kicks off as "The Avengers" continues to dominate the box office -- officially dethroning "The Dark Knight" as the third biggest movie of all time.

Click the launch above to zoom in on the new photo, plus see some shots of Iron Patriot from the set above.