These Madame Tussauds people have gone too far. When we first looked at the photo below, we couldn't tell which Betty White was real and which was her new wax figure!

The 90-year-old "Hot in Cleveland" star turned up in Hollywood on Monday for the unveiling of her uncanny wax doppelganger. Real Betty (on the left) donned a pink blazer that matched wax Betty's pink tracksuit, and they both sported the same sweet smile. 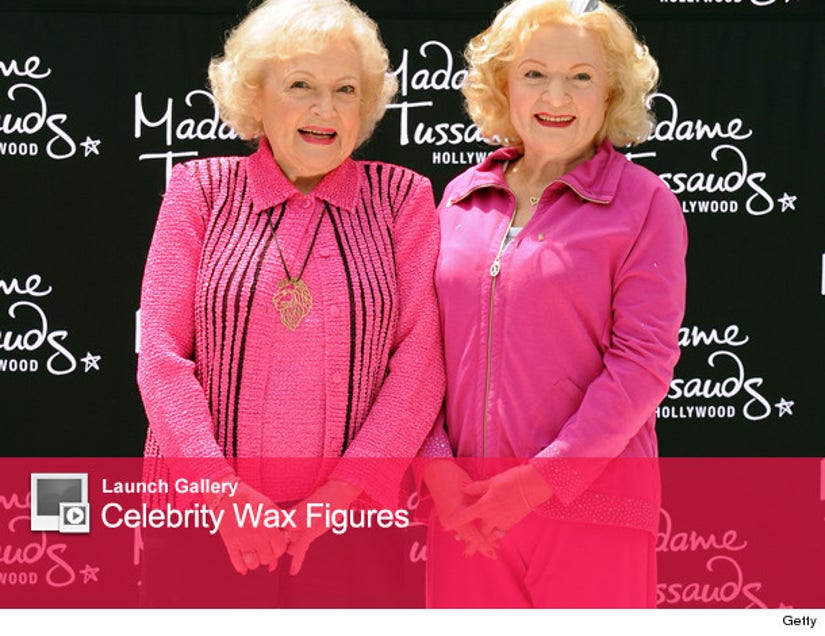 The last remaining "Golden Girl" was humbled by the gesture, though joked that she would have preferred it to come when she was younger.

"The only thing that irks me is they waited until I was 90," the TV legend said. "A few decades ago would have been swell."

Betty isn't the only celeb to be immortalized in wax. Prince William and Duchess Katherine, Robert Pattinson, Kate Winslet and more all have creepy duplicates. Click "Launch Gallery" above to see the shots!