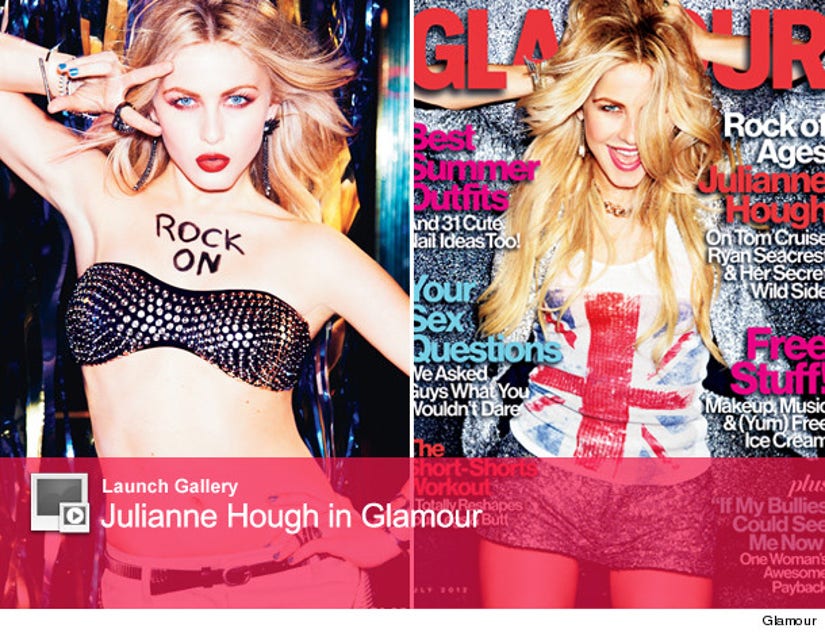 Julianne Hough shows off her impressive body in the new issue of Glamour magazine -- a body Tom Cruise got up close and very personal with!

In the interview, the "Rock of Ages" star talks about the first scene she shot with her famous costar ... one where he holds onto her breasts.

"That was my first scene with him! I was nervous as all get-out, but after every take he high-fived me and was like, 'That was awesome,'” she says.

Someone else who's gotten close to Julianne lately: Boyfriend Ryan Seacrest.

"When I first came to L.A., someone actually tried to set us up, but I was engaged to someone else, a guy I knew from Utah who had served a Mormon mission," Hough explains.

That relationship ended and she eventually started dating her "Dancing with the Stars" partner Chuck Wicks.

"When Chuck and I broke up, I wanted to be single. That lasted five months. Then Ryan and I went on a date," she adds.

She continues, "We both like that perfection in ourselves, and we want to make our relationship like that."

For more from Julianne's interview, check out the issue when it hits newsstands June 12.