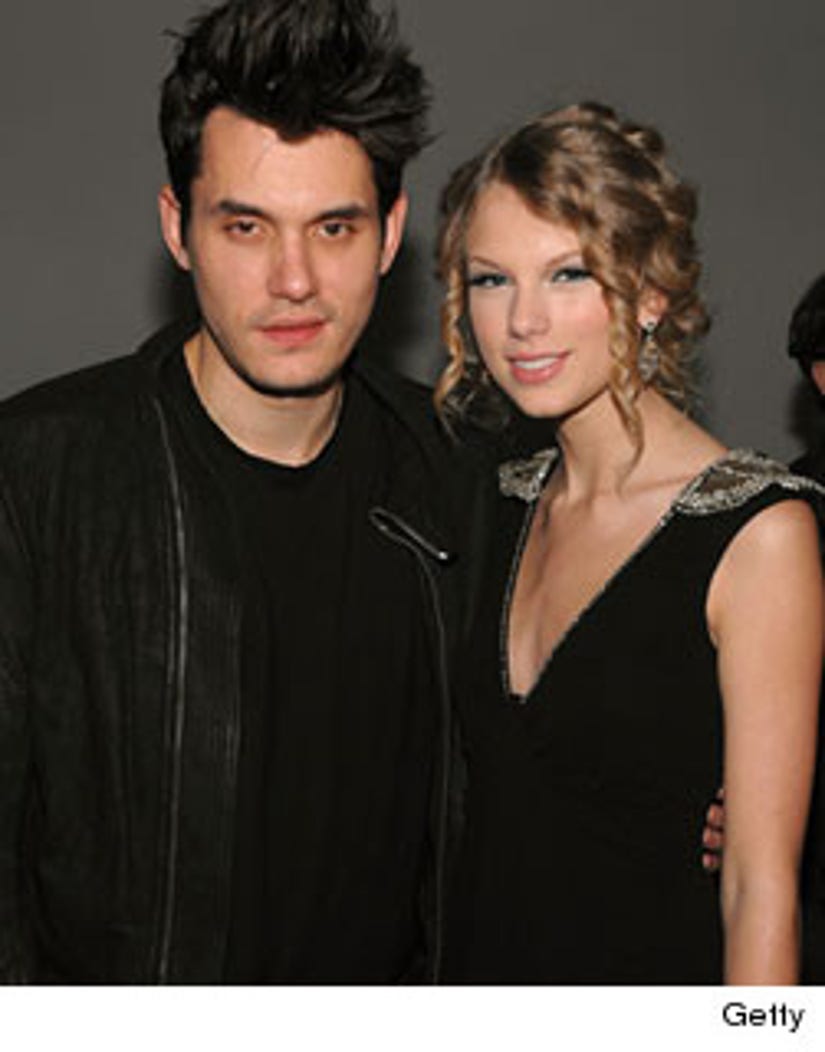 Taylor Swift is known for writing songs about all her famous exes -- but now one of them is fighting back!

In the latest issue of Rolling Stone, John Mayer is speaking out against Taylor's song "Dear John," which Swift reportedly wrote about a short romance she had with the singer.

John, who's now promoting his own new album, says he was "really humiliated" by the tune -- adding that "it made me feel terrible because I didn't deserve it. I'm pretty good at taking accountability now, and I never did anything to deserve that. It was a really lousy thing for her to do."

Mayer also says he was blindsided by the song's release.

"I never got an e-mail. I never got a phone call," he says. "I was really caught off-guard, and it really humiliated me at a time when I'd already been dressed down. I mean, how would you feel if, at the lowest you've ever been, someone kicked you even lower?"

John's also slamming the song in general ... not just because it's about him.

"I will say as a songwriter that I think it's kind of cheap songwriting," he says. "I know she's the biggest thing in the world, and I'm not trying to sink anybody's ship, but I think it's abusing your talent to rub your hands together and go, 'Wait till he gets a load of this!' That's bulls**t."

Do you think Mayer has a point? Or is he just bitter? Sound off below!

You paint me a blue sky and go back and turn it to rain
And I lived in your chess game, but you changed the rules everyday
Wondering which version of you I might get on the phone tonight
Well, I stopped picking up and this song is to let you know why

Dear John, I see it all now that you're gone
Don't think I was too young to be messed with?
The girl in the dress cried the whole way home
I should've known

Well, maybe it's just me and my blind optimism to blame
Or maybe it's you and your sick need to give love then take it away
And you'll add my name to your long list of traitors who don't understand
And I'll look back and regret how I ignored when they said run as fast as you can

Dear John, I see it all now that you're gone
Don't you think I was too young to be messed with?
The girl in the dress cried the whole way home

Dear John, I see it all now it was wrong
Don't you think nineteen's too young to be played with?
Your dark twisted games when I loved you so I should've known

You are an expert at sorry and keeping lines blurry
Never impressed by me acing your tests
All the girls that you've run dry have tired, lifeless eyes
'Cause you've burn them out

But I took your matches before fire could catch me
So don't look now
I'm shining like fireworks over
Your sad, empty town

Dear John, I see it all now that you're gone
Don't you think I was too young to be messed with?
The girl in the dress cried the whole way home

Dear John, I see it all now it was wrong
Don't you think nineteen's too young to be played with?
The girl in the dress wrote you a song
You should've known