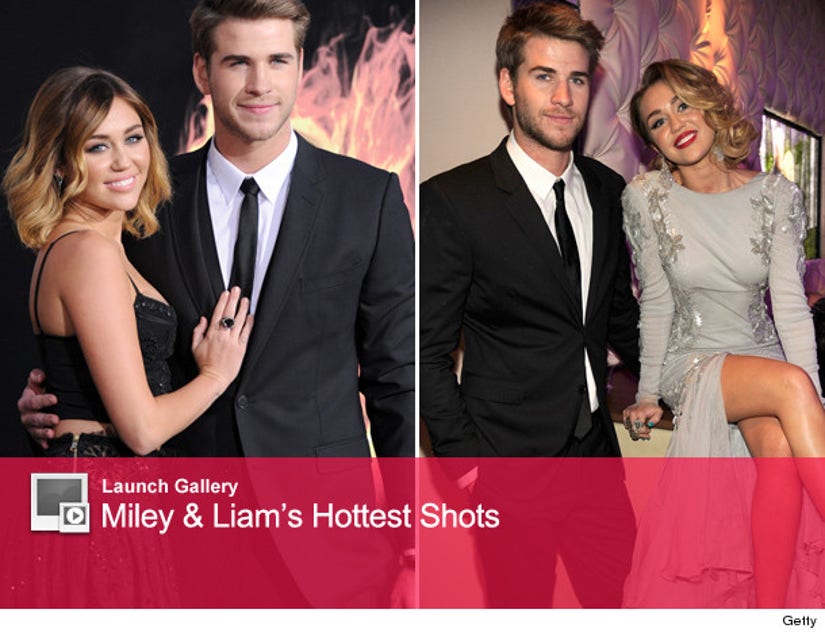 Miley Cyrus is getting hitched!

"I'm so happy to be engaged and look forward to a life of happiness with Liam," she told the mag in a statement.

The Australian actor reportedly popped the question on May 31 with a 3.5-carat diamond ring from Neil Lane.

So far, no shots of the sparkler.

The two have been together on and off for the last three years, after meeting on the set of the movie "The Last Song."

A source tells the magazine that Miley's parents, Billy Ray and Tish, are "thrilled" about the engagement and "couldn't be happier."

They're also reportedly in no rush to wed.

Who else is surprised by the news?! Congrats!