Luke Bryan may have gone home with CMT's Male Video of the Year Award last night, but one of his fans got something even better: The singer's underwear!

To thank his fans for their support after winning the award, the hot country star tossed his undies into the crowd -- referencing his first CMT award win two years ago.

"I threw my jacket off the stage and it was really expensive," Bryan said. "I think it cost something like $4,000, and a lot of people were like, 'Why did you that?'"

When you're at this level of what we do as singers, and your fans vote, it speaks huge volumes and it's crazy to be fan-voted for an award and win it," Bryan added. "I don't really get caught up in trying to be cool, trying to play a part. I just freaking get so excited about this stuff and I will always enjoy it."

And with that, Tom Arnold reached into his pants, ripped off his camouflage boxers (yes, apparently he's a boxers man) and threw them into the audience.

The best sight: The women in the crowd fighting over who takes them home!

While Luke was definitely one of the hottest guys at the ceremony, check out what the sexy ladies like Carrie Underwood, Kristen Bell, Miranda Lambert and more were all wearing in the red carpet gallery below. 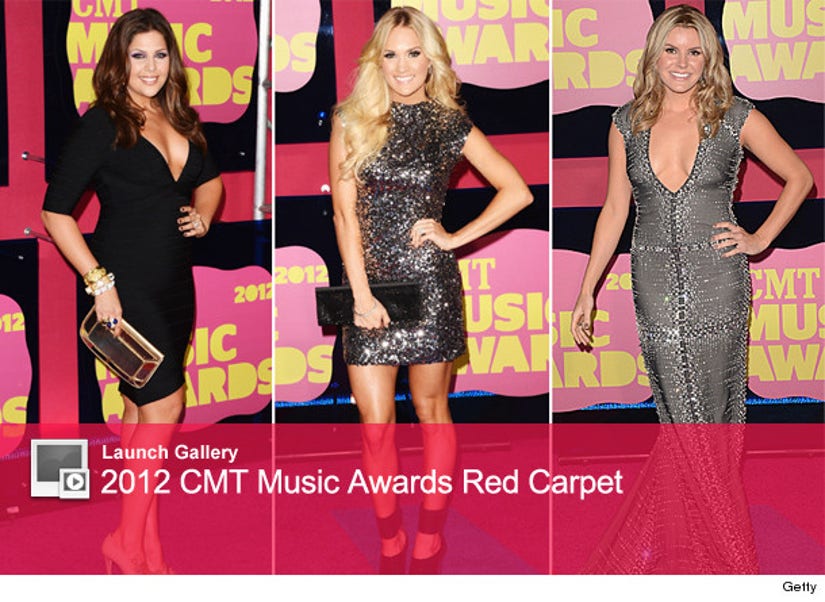