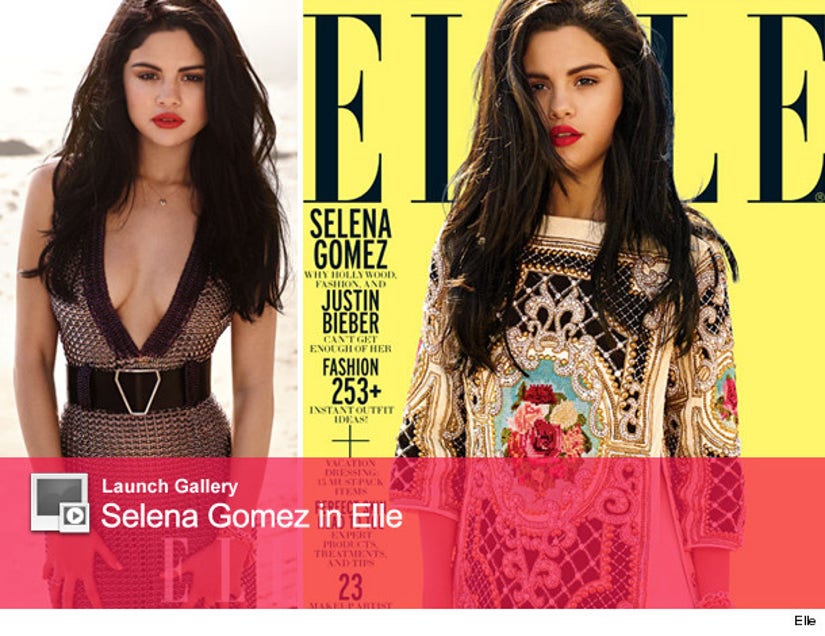 Those Disney girls are really starting to grow up!

In one photo the 19-year-old actress/singer shows off her body while laying down in a red strapless bra ... while in another she flaunts her cleavage in a metal chain dress.

As for being a former Disney star, Gomez opens up about her days with the Mouse House in the magazine.

"Disney is a machine, so people automatically assume that you can't work for the channel unless you act and sing and dance and sign up for all that," she says. "That's absolutely not true. I always did everything the way I wanted to do it."

Gomez also talks briefly about boyfriend Justin Bieber -- and that time he rented out the Staples Center for a private date night screening of "Titanic."

"If I'll share anything with you, it's that he really is a hopeless romantic. I had just mentioned it in the car - all I said is that I really want to see Titanic again, and then..."

See more from Selena when the July issue of Elle hits newsstands June 19.