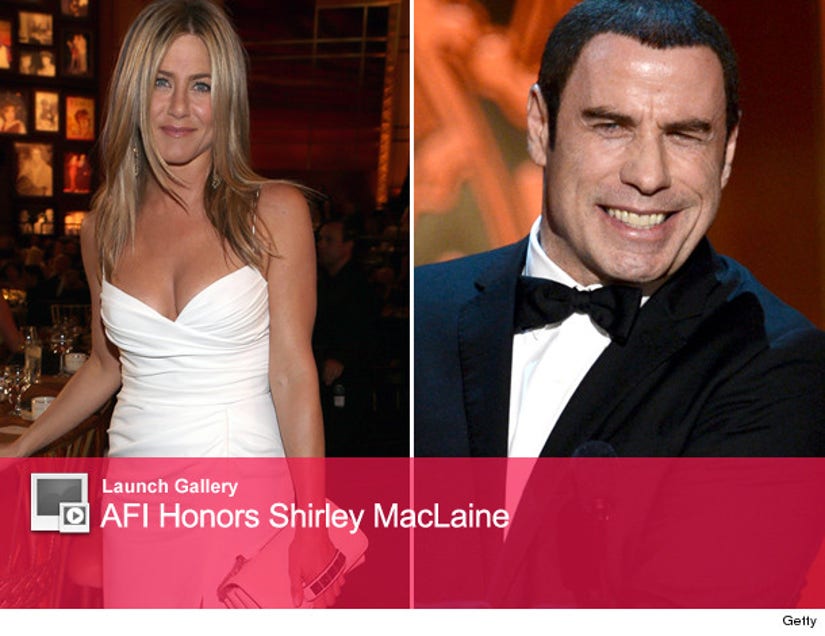 The American Film Institute honored Shirley MacLaine last night in Hollywood -- where not only John Travolta showed up for the actress, but so did Jennifer Aniston and the twins!

Travolta, who's been M.I.A. since the masseuse scandal broke, came out of hiding last night for the AFI event -- where he spoke about MacLaine's singing and dancing abilities in musicals like "Sweet Charity."

Also appearing at the event was Aniston, who looked very sexy in a low-cut white dress with a slit up the side.

Jen showed off her legs in the gown, invoking the phrase "Jolie-ing."

And is anyone else just dying to know what was said to make Meryl & Jen look like this: 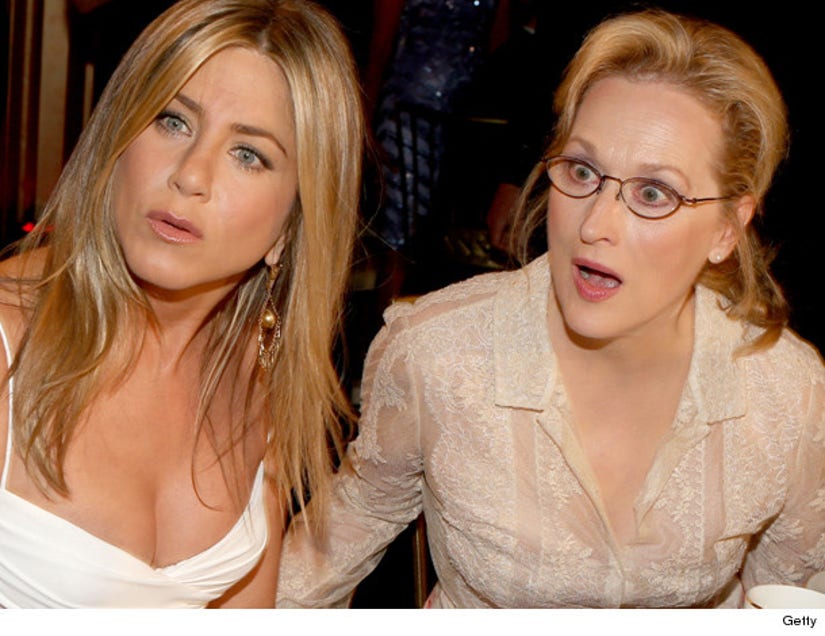