"Madagascar 3: Europe's Most Wanted" opens today, and throughout the film's promotional tour, stars have been wigging out in excitement ... literally!

Rainbow-striped wigs lined the red carpet during the film's premiere at the 2012 Cannes Film Festival and both celebs and reporters have also been donning the circus 'do! Kathy Lee Gifford sported a wig on NBC's "The Today Show" and race car driver Jimmie Johnson wore the colorful hairdo before his Sprint Cup Series NASCAR race in May. 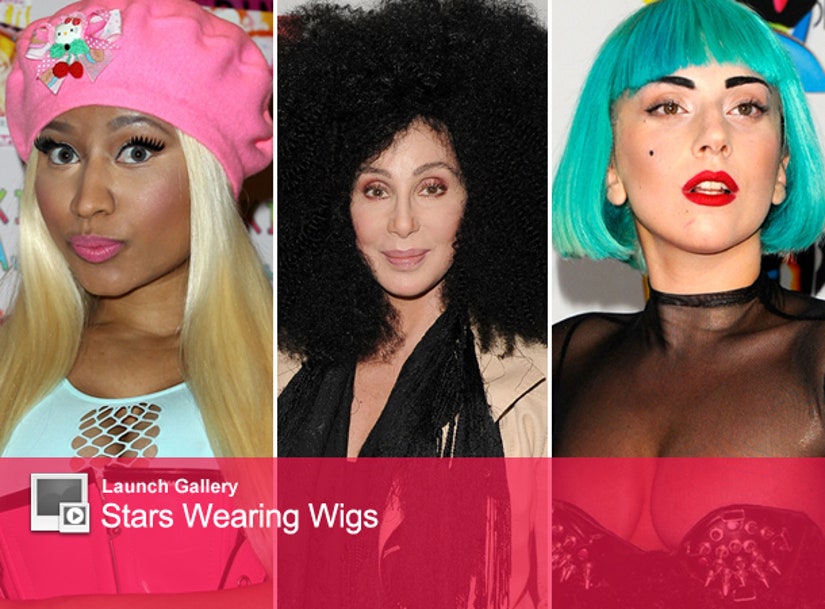 The Dreamworks film follows the Madagascar gang as they struggle to get home to New York, but their journey takes them through Europe where they need to travel incognito. So Alex, Marty, Gloria and Melman find the perfect disguise, a traveling circus … in Madagascar style!

As we've seen more stars of the film and others alike don the Madagascar 'do, we decided to see what other celebs regularly sport wigs. Nicki Minaj, Cher, and Lady Gaga are just some of the stars who have recently rocked a hairpiece.

In fact, many beauty brands suggest that wearing a wig is actually better for your hair as opposed to bleaching or hair extensions for the same desired hairdo.

Click “Launch Gallery” below to see all the stars that are rocking artificial hair-wear!