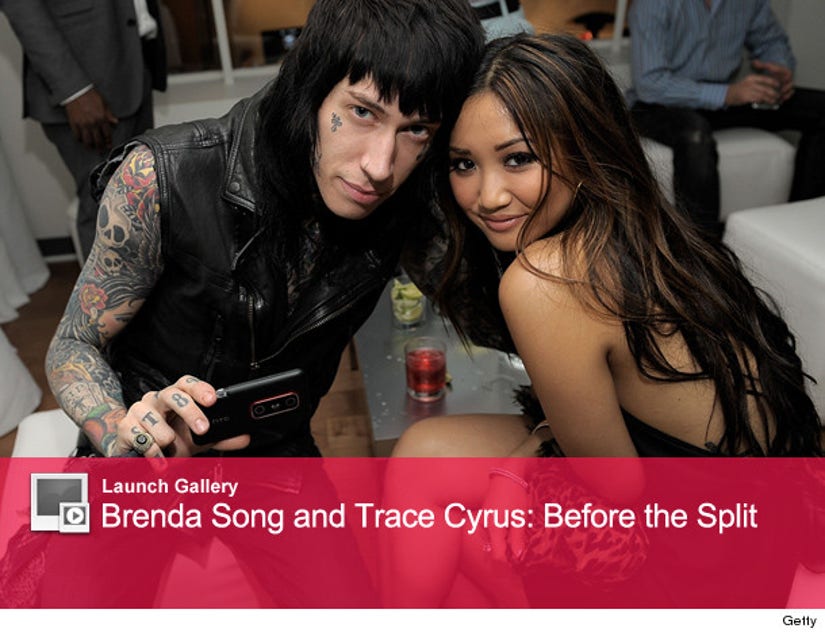 Apparently only one Cyrus sibling can be engaged at any given time -- Miley Cyrus' older brother Trace has called it quits with fiancée Brenda Song.

"Brenda and I have decided to go our separate ways," Trace told People in a statement. "We split up a couple of months ago. We will continue to focus on our careers."

Cyrus, 23, is the frontman for the band Ashland HIGH. Brenda, 24, was a former Disney Channel star who also appeared in "The Social Network."

The couple had been together for about five months before getting engaged back in October.

Confirmation of the split comes on the heels of Miley announcing that she is engaged to longtime boyfriend Liam Hemsworth.

Click above to see shots of the couple in happier times.