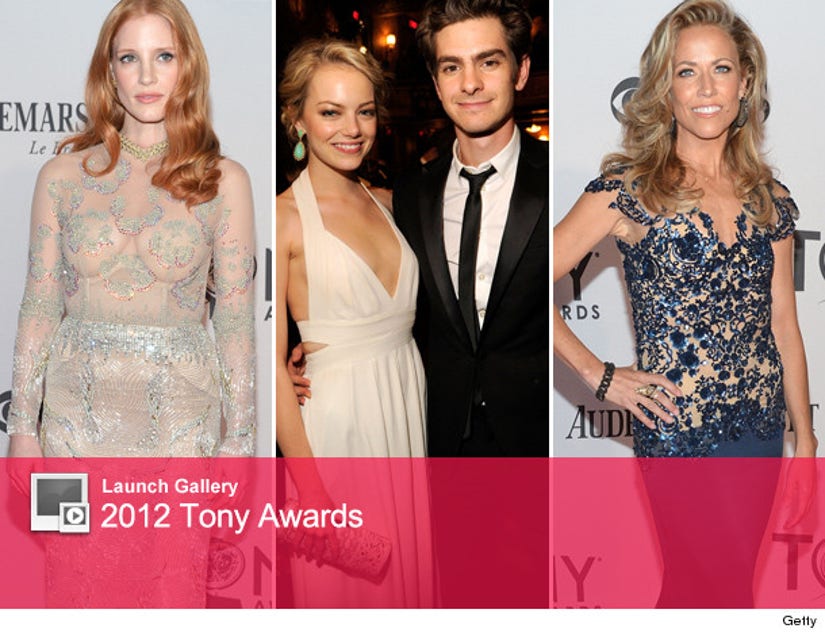 The 66th Annual Tony Awards were given out to the best stars of Broadway last night -- but it was Hollywood's elite that had heads turning on the red carpet.

"The Help" star Jessica Chastain had everyone trying to figure out just how see-thru her nude dress was ... the actress showing off a whole lot of cleavage in a very sheer Marios Schwab number.

Sheryl Crow also made her first public appearance since announcing she has a benign brain tumor ... and she looked great. With flawless hair and makeup, the singer looked sexy in a navy blue gown with crystal embellishments.

The always fashionable Emma Stone looked stunning in white alongside boyfriend and "The Amazing Spider-Man" costar Andrew Garfield ... who was nominated for an award last night.

What do you think of Chastain's revealing look? Sound off below!