The 4 bedroom, 5 bathroom modern pad was built in 1933 by famed architect Hal Levitt, who himself called it home for 40 years. Featuring soaring ceilings, an open floor plan and lots of natural light, it's the opposite of a place you'd expect Hall's TV alter-ego to inhabit. 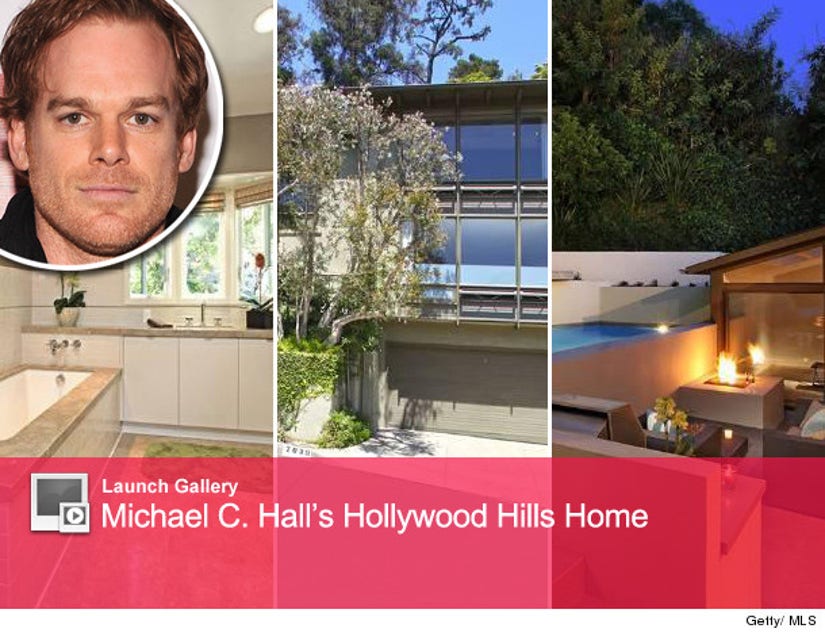 Nestled on a quiet street in the canyon, this three-story abode boasts 3,500-square-feet, a redesigned kitchen, wet bar, fireplace, gym, and stunning master suite. There's also a lounging terrace in the backyard which has a pool and built-in barbecue. Sounds perfect to us!

Interesting in moving into the house that Dexter bought? Contact Joshua Myler with The Agency, he holds the listing.

Click "Launch Gallery" above to see more of Michael's former house in the hills!