The grand finale of the "Twilight" movies is almost here -- and today, we've got your first look at Edward and Bella's half-vampire spawn! 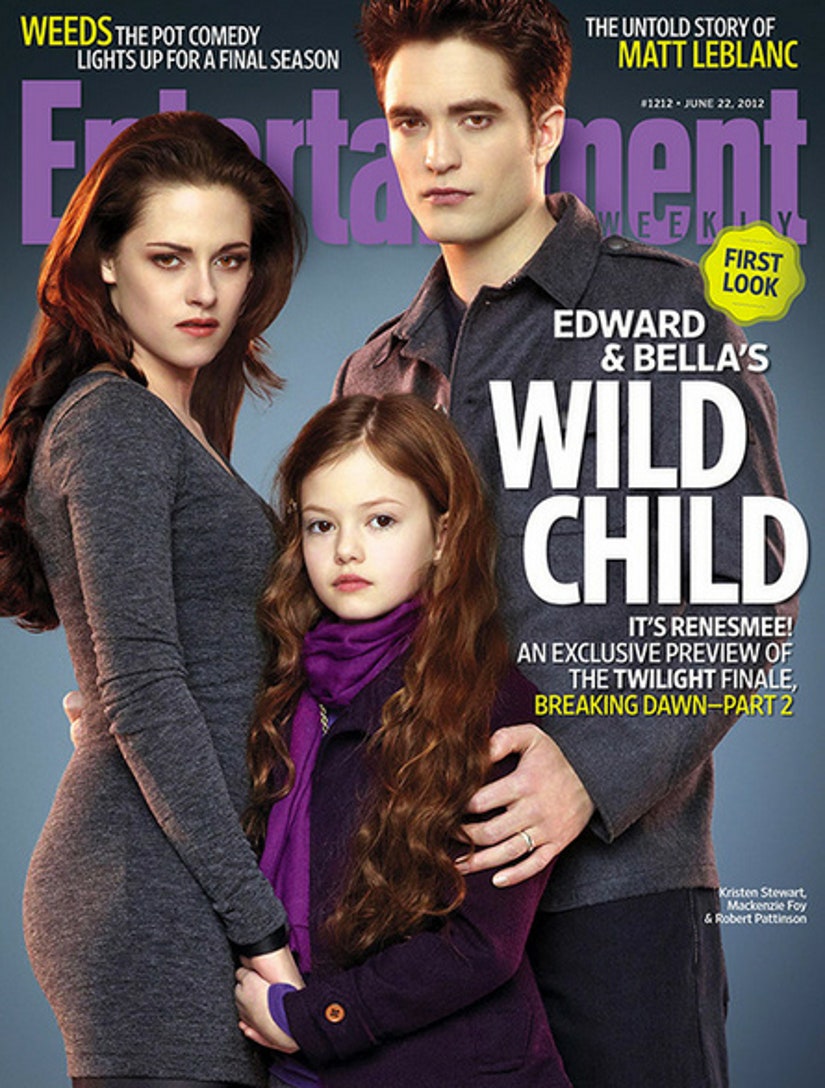 11-year-old actress Mackenzie Foy plays the hybrid baby, who was born at the end of "Breaking Dawn -- Part 1."

“I loved chatting with Mackenzie,” Stewart tells EW. “I'm always curious about what's going on in the minds of kids on set. She's really close to the age I was when I started.”

It's easy to see why Foy was chosen for the part -- and even Kristen thinks Mackenzie looks like her.

“Even our hands look similar,” Stewart says. “It was kind of strange. But it's funny how it actually helps. It's like, 'Oh, hey, you look like me, kid! Come on!'”

EW has even more photos from the film up now -- check them out here! 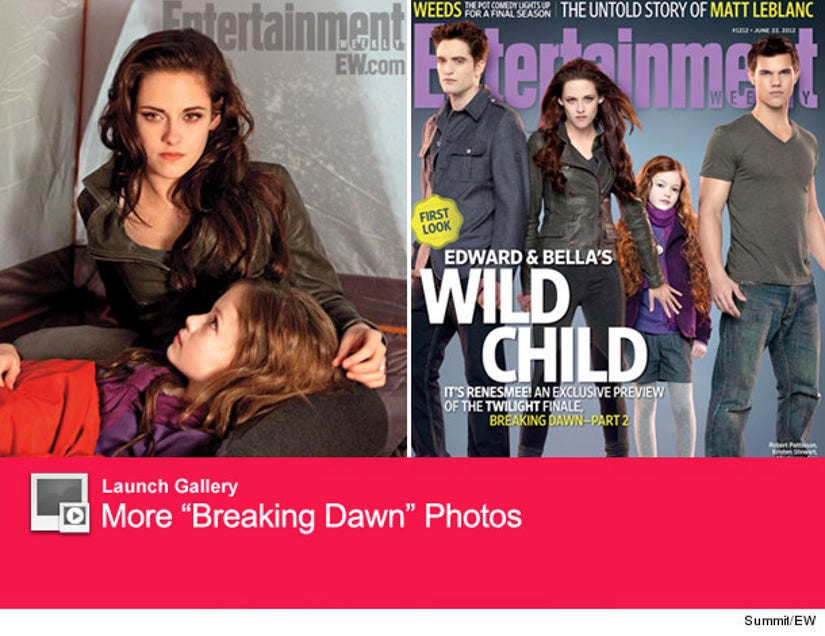