"Teen Mom" star Catelynn Lowell made headlines this morning when a magazine claimed she's pregnant ... but is the report true?!

Lowell and boyfriend Tyler Baltierra gave their first child, Carly, up for adoption -- but according to a new In Touch cover story, the couple is currently expecting another kid and want to keep Baby #2. 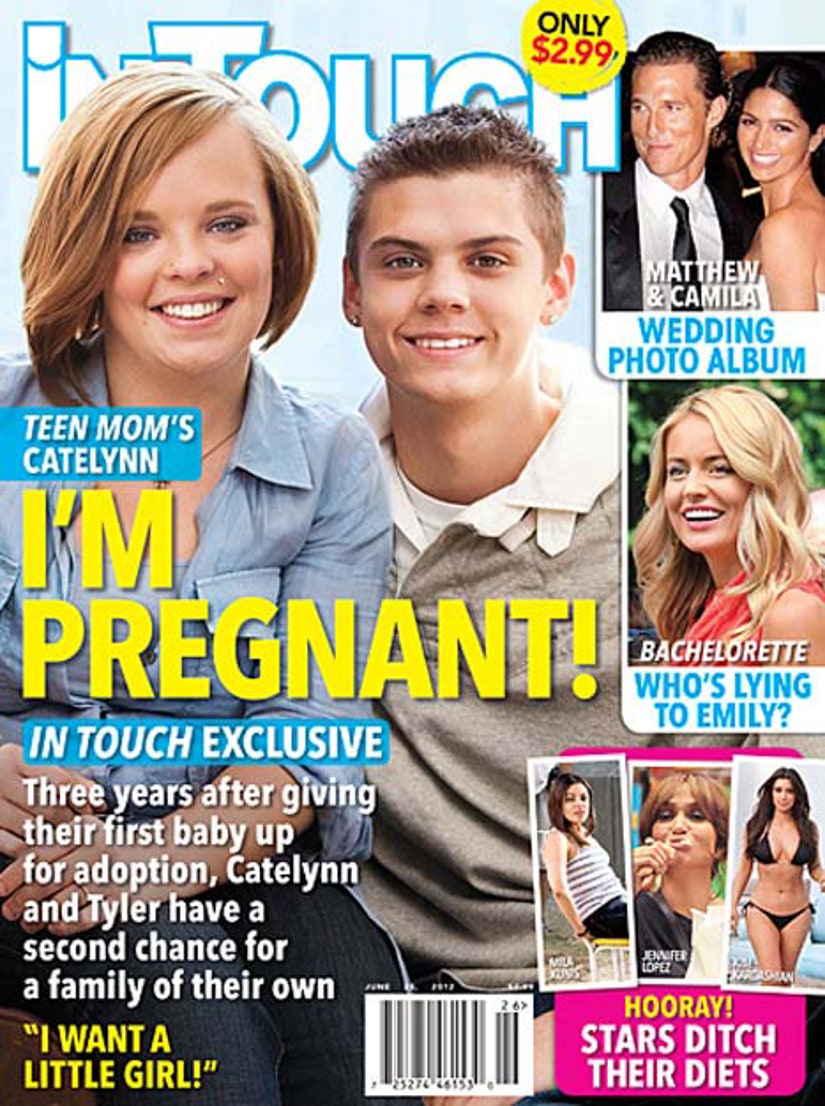 Though one of Catelynn's close friends is cited as the magazine's source, it's Catelynn herself who's now slamming pregnancy rumors.

"Don't believe everything you read, I'm definitely not pregnant!" she tells Us Magazine in a statement. "I'm on the pill. And, I'm only 20 -- I don't want to have kids until I'm out of school and we're married."

Finally, some sense coming from one of the Teen Moms!