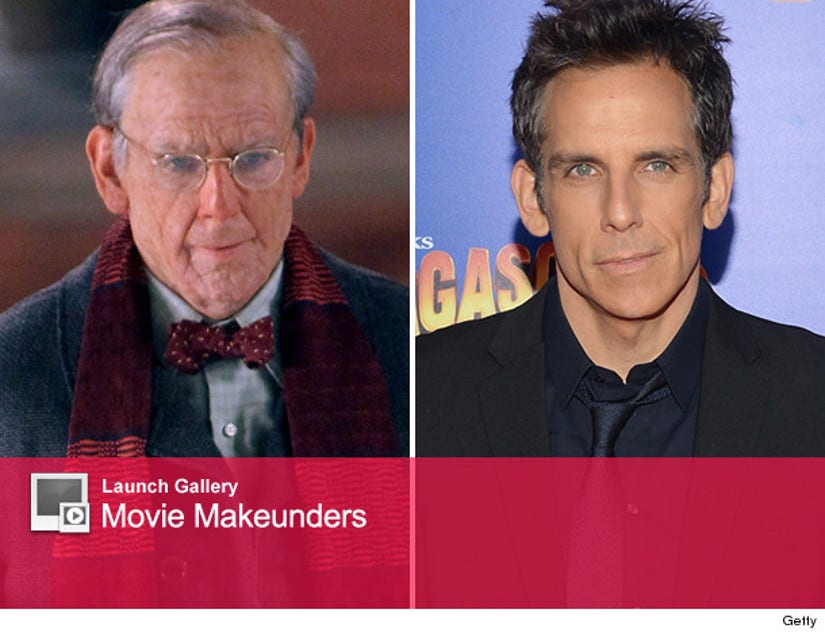 For Ben Stiller, his afternoon at work today offered a glimpse into his possible future!

While filming the upcoming movie "The Secret Life of Walter Mitty" with costar Kristen Wiig on Thursday in NYC, Stiller was hidden under layers of old-age, prosthetic makeup.

With gray hair, wrinkles and glasses, Stiller was unrecognizable!

Ben is actually directing the flick as well, which -- according to IMDB -- revolves around a "timid magazine photo manager who lives life vicariously through daydreams embarks on a true-life adventure with a negative goes missing."

Whoever's doing the hair and makeup on set, good work!

See more stars who have had some crazy makeunders for movie roles in the gallery above.