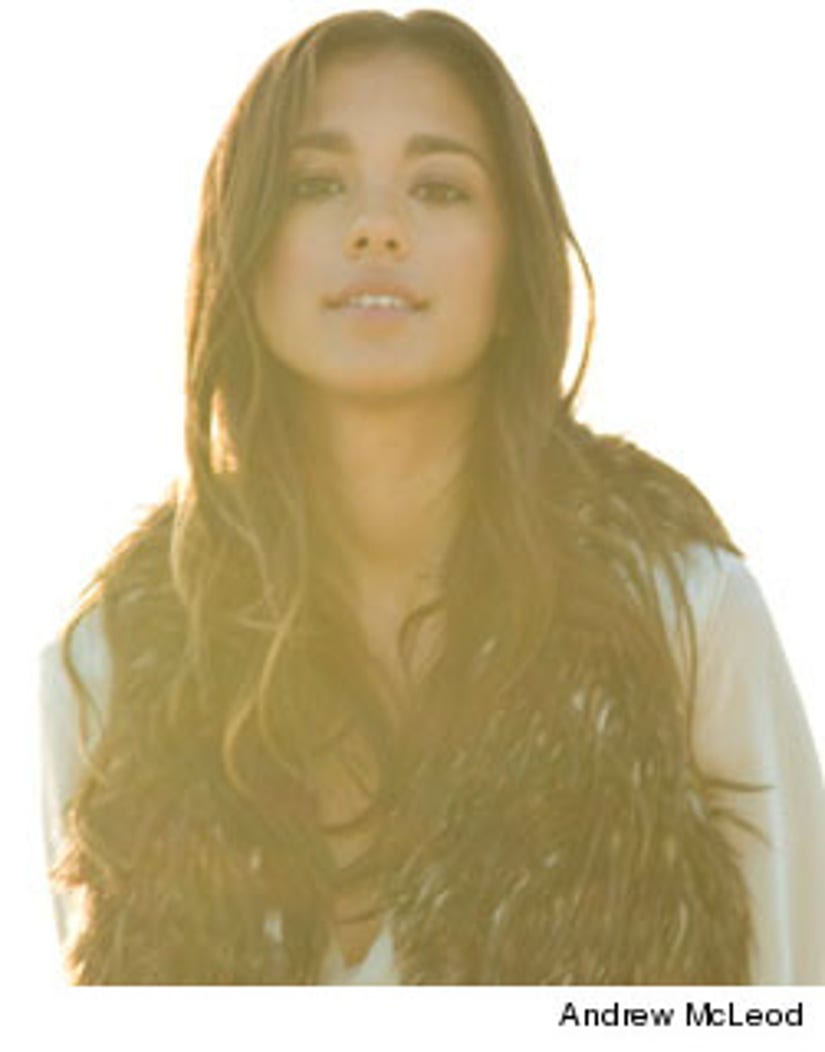 She plays Lourdes, a nurse who reminds the survivors of an alien invasion (dubbed the 2nd Mass) that faith is as important as guns and bullets.

toofab caught up with the young actress to talk about the upcoming Season 2 and how she got her unusual name!

toofab: How has your character changed since last season?

Seychelle: Lourdes has grown into herself a lot more, as well as become more secure of her position and importance to the 2nd Mass. She's a lot stronger medically, mentally (as in being able to be there for Anne [Moon Bloodgood's character]), and has found a little bit of love, which has brought her out of her shell for sure!

toofab: There's a lot of young actors on the show, what do you do for fun?

Seychelle: It's funny, because I feel like the goofiest ones are Moon and I, who are dancing all over the place on set, which almost feels wrong in some of the settings we're put in. But besides that, we all go out to hear music or paint every now and then. Or Connor [Jessup], Max [Knight], and I will gush over Harry Potter.

toofab: Religion is such an important part of your character's life. What role does it play in your life?

Seychelle: Not really a big one. I'm spiritual, and I pray before I fly...but besides that, it's kind of up in the air for me, no pun intended.

toofab: You're known for your sci-fi roles, are you a sci-fi fan? What would your dream role be?

Seychelle: I've definitely become more of a sci-fi fan, which is why I'm kind of dying to get out and see "Prometheus!" But my dream role, besides Kate Hudson in "Almost Famous," could maybe be like Sigourney Weaver in "Alien." She's too cool.

toofab: What's the story behind your unusual name?

Seychelle: I'm named after the Seychelle Islands, which are in the Indian Ocean off of the east coast of Africa. My parents nor my family have ever been there, but my parents just liked the sound of the name, and my dad is French so it kinda worked out. They did write to the ambassador when I was born, though, and they put me in the newspaper! Hopefully we'll make it out there soon.