Forbes just released their annual “World's Highest Paid Models” list and Gisele Bundchen reigns as the queen of the catwalk ... and earnings!

The Brazilian bombshell earned a staggering $45 million from May 2011 to May 2012, while veteran Kate Moss was a distant second with $9.2 million. For the record, Gisele's husband, NFL QB Tom Brady, pulled in around $26 million last year.

More than half of the models in the top 10 are Victoria's Secret Angels. While former Angel Gisele is on top, Adriana Lima, Doutzen Kroes, Alessandra Ambrosio, Miranda Kerr, and Candice Swanepoel all earned a pretty penny!

Ed Razek, chief marketing officer of Limited Brands (the company behind Victoria's Secret), explained what makes these models so special. "In the entire history of the Victoria's Secret Fashion Show, 140 separate women have walked that runway," he says. "There are seven billion people on the planet. That makes each of them not one in a million, not one in five million, not one in ten million. That literally makes them one in 50 million humans."

Check out the “Launch Gallery” below to see just how much these models made: 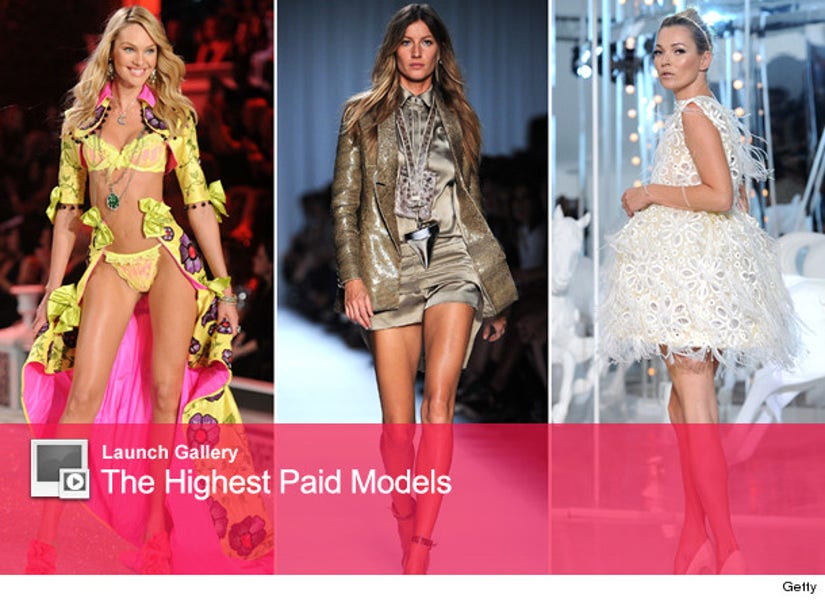 If you're wondering why former Victoria's Secret Angel Heidi Klum isn't on the list, Forbes now considers her a mogul and not a model.

Are these models worth their big paychecks? Tell toofab in the comments below!