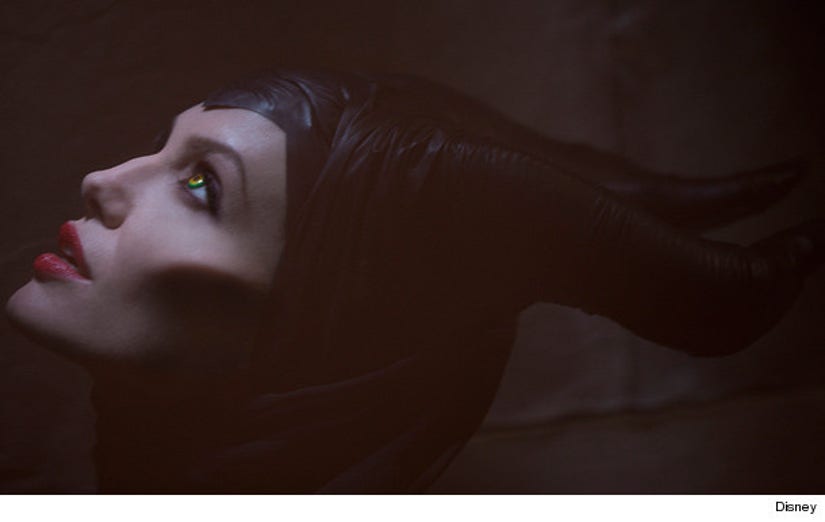 The movie doesn't come out until 2014, but today we've got your first look at Angelina Jolie as Disney villain "Maleficent."

In the first photo, Jolie is seen sporting the "Sleeping Beauty" bad girl's famous horns, while also featuring prosthetics on her cheeks and some wild-colored contact lenses.

According to a press release, production on the movie started last Wednesday.

As for the plot:

This is the untold story of Disney's most beloved villain, Maleficent, from the 1959 classic “Sleeping Beauty.” The film reveals the events that hardened her heart and drove her to curse the baby, Aurora.

Check out Maleficent in all her cartoon glory below -- how do you think they did bringing her to life?