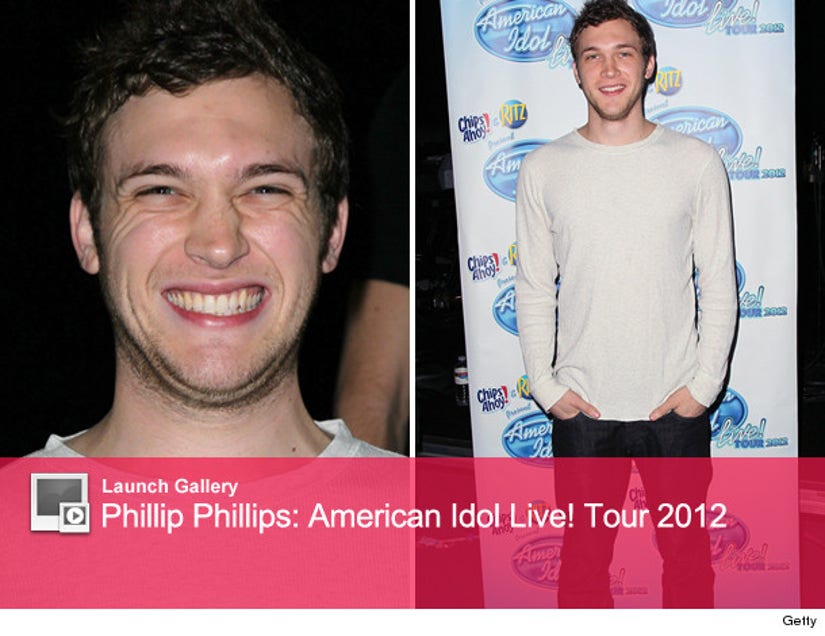 "American Idol" winner Phillip Phillips vanished immediately following his victory to undergo surgery for kidney stones -- and today, he made his post-surgery debut in public!

The 21-year-old singer was smiling and looked healthy at today's press junket for the show's upcoming tour, which kicks off July 6 in Detroit.

Phillips went under the knife for six and a half hours earlier this month to remove stones that were too large to pass ... and, according to Phil, he's still recovering.

From the sounds of it, he's ready to hit the road too!

"I'm pretty confident," he says of returning to the stage. "I'm just going to have fun with it ... It's going to go well, I believe."