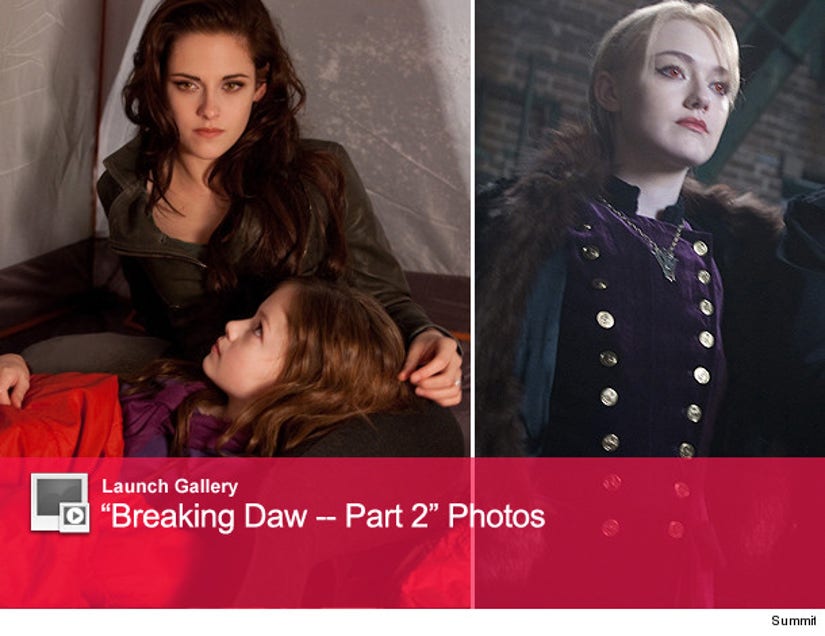 We're getting a fresh look at "The Twilight Saga: Breaking Dawn -- Part 2" this morning -- and, to quote Jacob, we're seeing a lot of red eyes!

In the pics, which were first seen in Entertainment Weekly, we get a better look at Kristen Stewart as vampire Bella ... cradling hybrid daughter Renesmee (played by Mackenzie Foy).

Also shown: A buff Kellan Lutz arm wrestling Kristen, Dakota Fanning in full-on Volturi mode, a few members of the other vampire clans and Taylor Lautner getting some one-on-one time with Bella and Edward's daughter.

If you missed 'em in EW, check out all the new shots above!

And be sure to watch the exciting new trailer here: