The cute canine who stole the scenes (and everyone's hearts) in "The Artist" is now an official Hollywood legend -- Uggie the dog's paw prints have been immortalized in cement!

The Jack Russell Terrier is the first dog in history to be granted the honor, with a ceremony in front of Grauman's Chinese Theatre in Hollywood on Monday.

Joined by fellow famous pooches Lassie and Rin Tin Tin, the 10-year-old pup arrived in a fire truck and posed for photos before planting his prints. He then celebrated with a red fire hydrant cake. 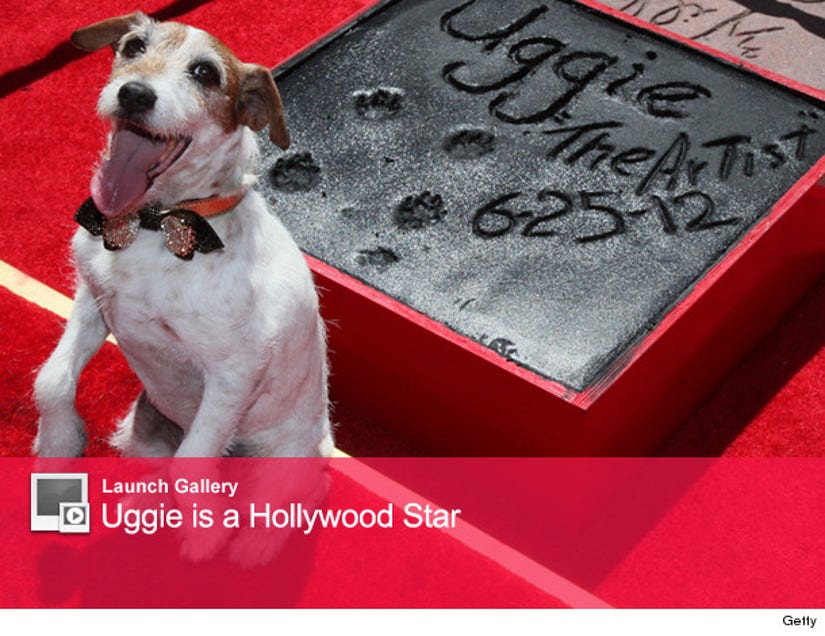 The paw print ceremony marks the retirement of the veteran actor dog, who's also appeared in commercials and the flick "Water for Elephants" with Reese Witherspoon and Robert Pattinson. He's currently the spokesdog for Nintendo.

Uggie's film "The Artist" -- which racked up five Oscars this year including Best Picture -- is available on DVD and Blu-Ray tomorrow, June 25.

Click "Launch Gallery" above to see more shots of Uggie getting inducted into Hollywood history!