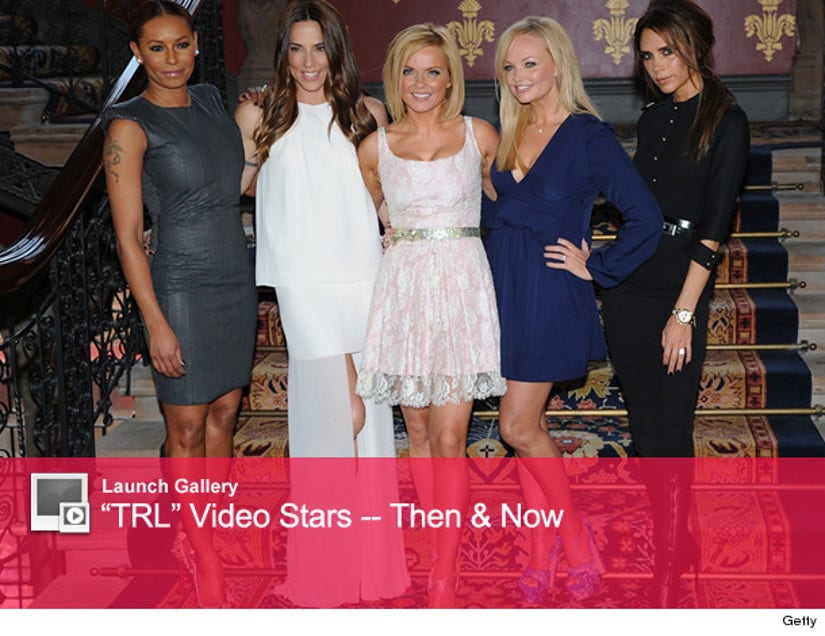 Girl Power surged through the UK again this morning -- as all the members of the Spice Girls reunited in London.

Mel B (Scary), Mel C (Sporty), Geri Halliwell (Ginger), Emma Bunton (Baby) and Victoria Beckham (Posh) got together for the first time since their 2008 tour today at the Renaissance Hotel -- where the group filmed their music video for "Wannabe."

Sorry, don't expect them to be releasing new music together anytime soon. The girls met up for the press launch of "Viva Forever," a new musical written by Jennifer Saunders that revolves their music.

The women all looked amazing at the event -- despite the lack of the Union Jack dresses and crazy platform heels that made them famous.

How have some of the other female staples of "Total Request Live" held up through the years? See more pop stars from the '90s and '00s in Then & Now in the gallery above.