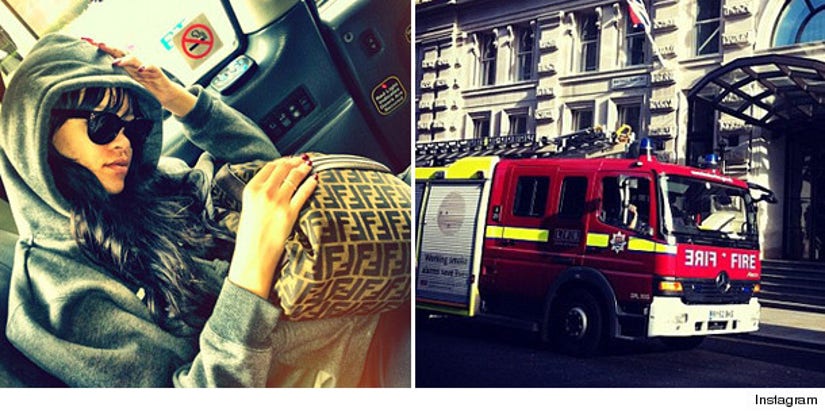 LONDON (AP) -- London Fire Brigade says Rihanna was among 300 people evacuated from a hotel after an early-morning fire in an elevator shaft.

The 24-year-old Barbadian singer tweeted news of the fire early Wednesday to her 21 million Twitter followers, posting a picture of a fire engine and the words: "Roamin da streets since 6am! Fyah in da telly."

The fire brigade said the alarm was raised at 6:22 a.m. (0522 GMT) and 10 firefighters dealt with the blaze on the 7th floor of the luxury Corinthia Hotel. There were no reports of injuries.