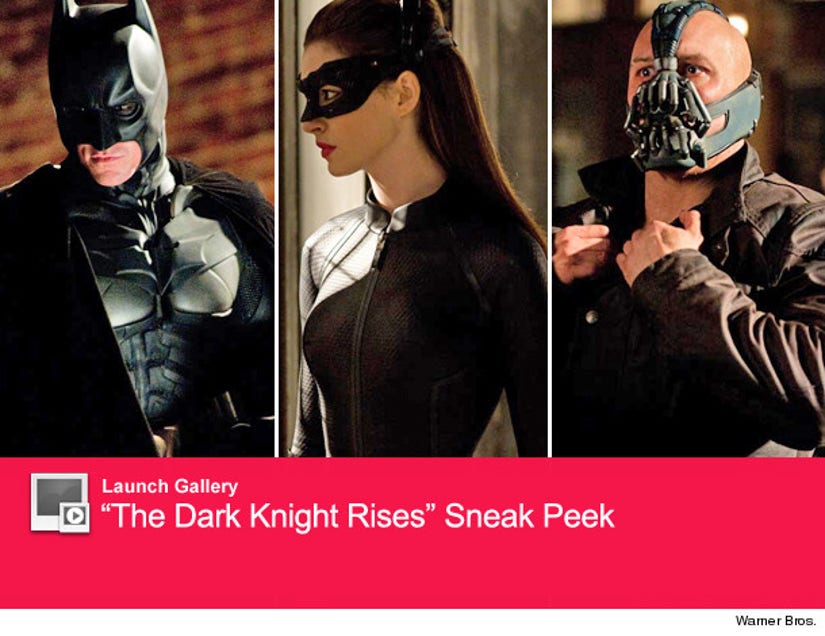 Today, the movie's official website launched ... and it's a goodie-filled feast for fans of Christopher Nolan's take on Batman.

Along with desktop wallpapers, Facebook banners, trailers, a behind-the-scenes look at the Tumbler and an interactive game, the site also boasts a new batch of photos from the flick.

In the pics we get a much clearer look at the movie's players: Batman (Christian Bale), villain Bane (Tom Hardy) and the sexy Catwoman (Anne Hathaway). We also get a glimpse of Marion Cotillard's character, Miranda Tate, and Gary Oldman's Commissioner Gordon -- who is holding some kind of memorial for Harvey Dent.

For more action from the movie, check out the latest trailer below -- and investigate the website for more treats.