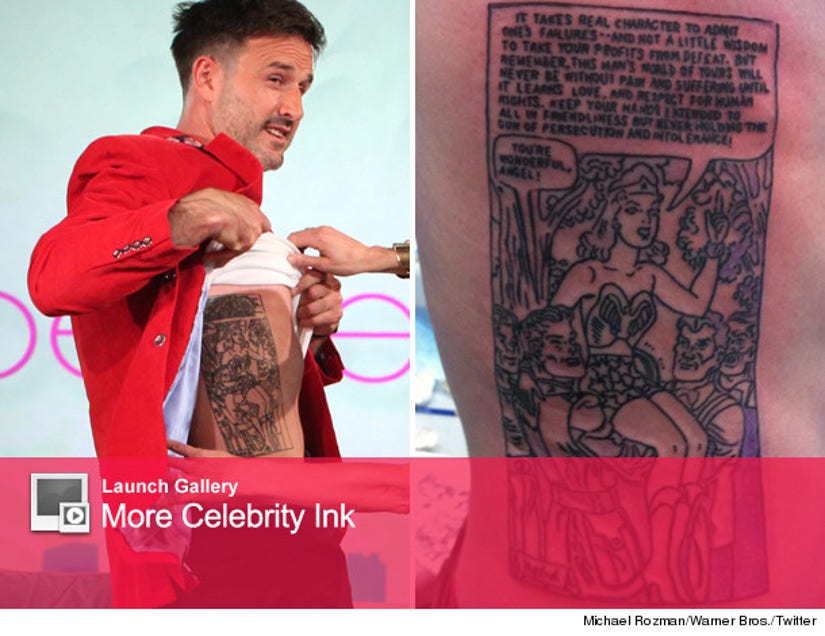 David Arquette's got a new woman in his life: Wonder Woman!

The "Scream" star taped an interview with Bethenny Frankel last week, where he showed off his massive new tattoo of the DC comic heroine.

The ink, placed on his ribs, shows Wonder Woman being hoisted by two men while saying "It takes real character to admit one's failures -- and not a little wisdom to take your profits from defeat. But remember, this man's world of yours will never be without pain and suffering until it learns love, and respect for human rights. Keep your hands extended to all in friendliness but never holding the gun of persecution and intolerance!"

Arquette actually got the tattoo back in May, but this is the first time he's showed it in public.

David's full interview on "Bethenny" airs July 5. Check out a sneak peek below.