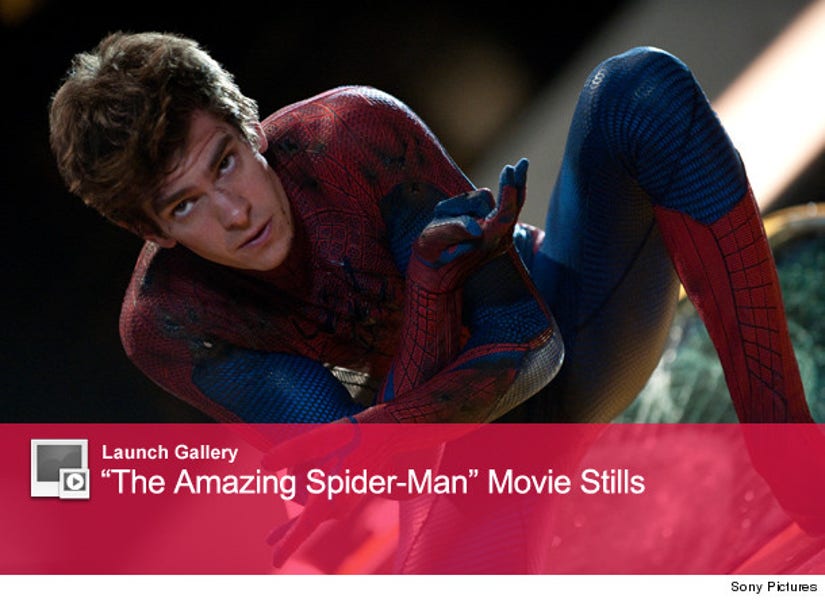 toofab caught an early screening of "The Amazing Spider-Man" last week, where reviewers and fanboys alike were asking, "Do we really need ANOTHER Spider-Man movie?"

So where does the latest Spidey film -- with new lead Andrew Garfield -- fall in the realm of superhero reboots? Does it breathe new life into the comic legend like "Batman Begins" does, or suck it out like "Superman Returns?" In this reviewer's opinion, it falls right about in the middle.

With his big hair and lanky figure, Garfield is physically different than his predecessor. He plays a younger, cooler Peter Parker. Whereas Maguire was bookish and shy, Garfield is more of a rebel -- a skateboarder who stands up to the school bully. Like Maguire, his weakness is girls -- in this case his classmate Gwen Stacy (played by Garfield's real-life girlfriend Emma Stone).

Director Marc Webb does little to tweak with Spider-Man's origin story. Peter gets bitten by an augmented arachnid and enters a life of crime-fighting after a family tragedy. Each scene in the first hour unfolds predictably. There's a fun sequence where Peter tries out his new powers in a warehouse, but you've seen everything else before. The plot picks up with the introduction of Dr. Curt Connors (Rhys Ifans), whose quest for a world without illness results in him transforming into the reptilian Lizard.

The Lizard is by far the scariest Spider-Man villain to grace the big screen (sorry, but Dr. Octopus was more corny than creepy). He and Spider-Man get into some pretty spectacular fights -- and Spidey employs some inventive uses of his webbing to track and battle his foe.

Other plot points feel like bit of stretch. Peter and Gwen are classmates who just happen to be two of the most brilliant young scientific minds in the country. A feel-good post-9/11 moment before the final battle had some rolling their eyes.

However, there's a lot to enjoy too. Sally Field plays a concerned mother figure to Peter (a role she perfected on "Brothers & Sisters") perfectly. And the chemistry between Garfield and Stone is undeniable. Combined with strong special effects, "The Amazing Spider-Man" becomes a fun, if predictable, ride. It just takes some time for the engine to rev up.