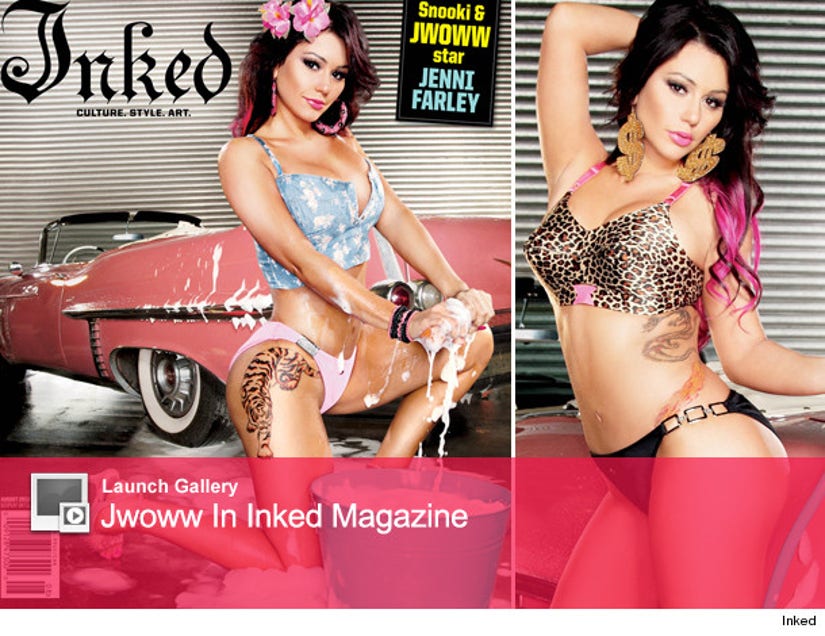 Jwoww recently got a giant new tattoo on her already inked up body -- and is finally revealing it while also showing off her bikini body!

In the new issue of Inked magazine, the "Jersey Shore" star strips down to a number of sexy swimsuits, giving fans a look at the giant tiger tattoo on her right thigh.

"As an art student, I like how people express art on their bodies," she tells the magazine of all her tatts -- which also include a dragon, hands in prayer and a rose with wings.

"My dragon and tiger were both designed by my college advisor, Jon Squid. He was an art student but he's also been tattooing for 10 years," she says of her new ink.

"I wanted something on the other side of my body to compliment the dragon and Squid told me that the dragon and tiger symbolize good versus evil, like a yin and yang," she adds.

Check out more from her interview with Inked when the magazine hits newsstands later this week.