We can't tell what it is…jet lag, her make-up, or fillers … but she definitely looks different. See her new look below and tell us what you think! 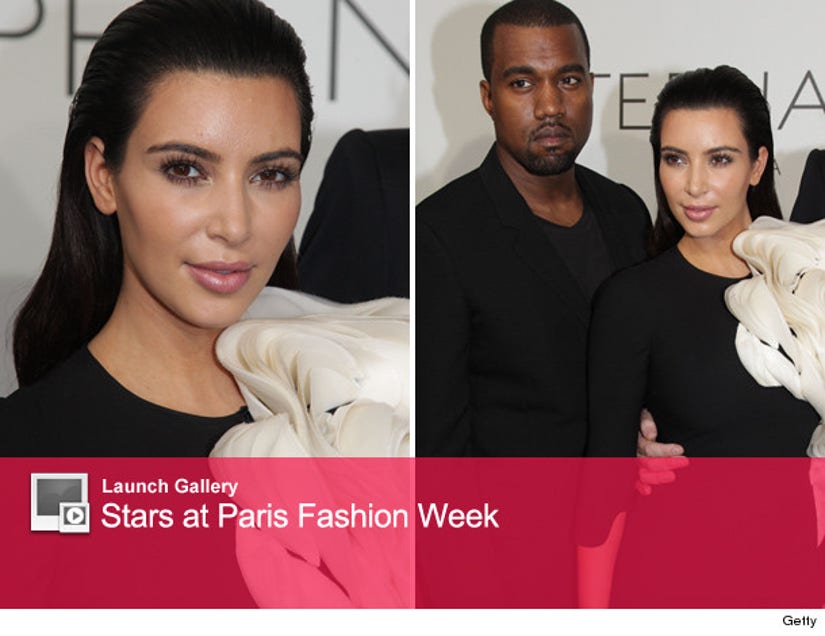 Kim opted for her usual curve-hugging clothing in a black Stephane Rolland dress with a large white detail that ran across her chest. She finished her ensemble with the same slicked back hairstyle she donned to the BET Awards. Kanye matched his beau with an all black suit for the fashion show.

Kimye aren't the only celebs in attendance; Jennifer Lawrence, Diane Kruger, Zoe Saldana and Sharon Stone are some of the other stars who've made their way to France for Paris Fashion Week, and each has been rocking some stunning Parisian styles.

Let us know below about what you think of Kim's look and click “Launch Gallery” above to see all the A-Listers at Paris Fashion Week!