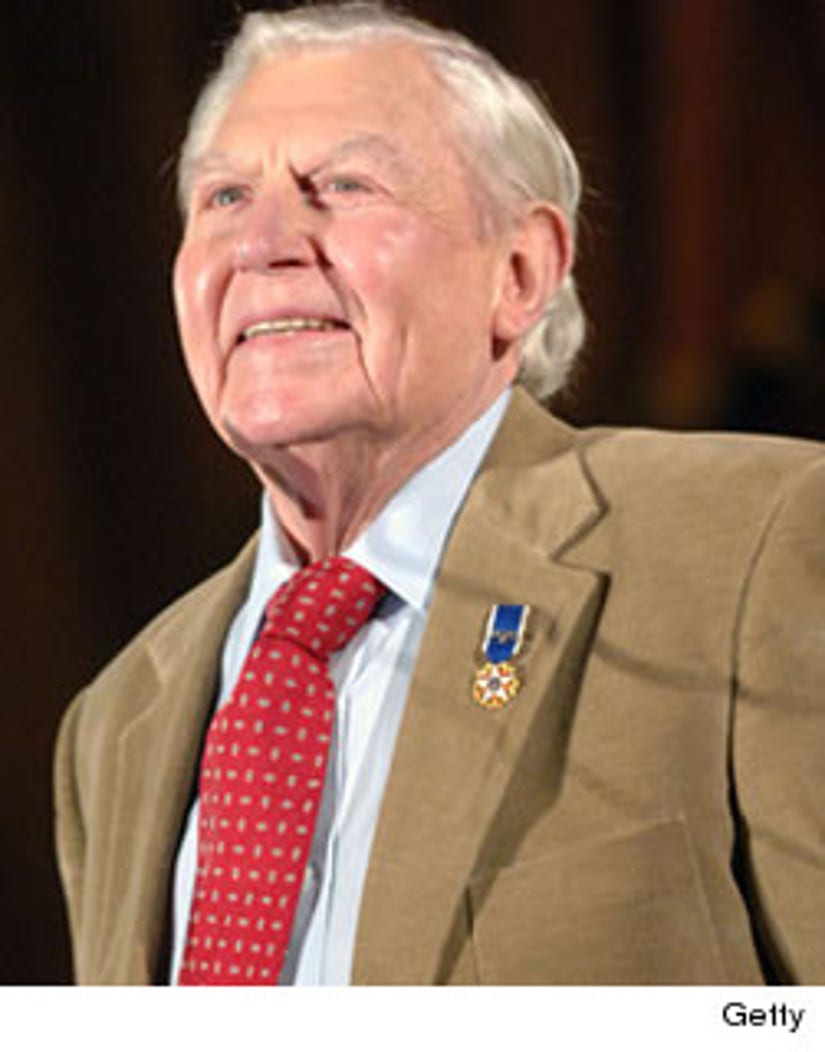 The entertainment world lost a legend today -- beloved actor Andy Griffith has passed away at age 86.

Griffith leaves a huge imprint on the television world.

He shot to fame in 1960 when he portrayed Sheriff Andy Taylor in "The Andy Griffith Show," still recognized as one of the best TV shows in history. The sitcom lasted eight seasons.

The star appeared in numerous other shows and films, but may best be remembered as Ben Matlock, the cantankerous country lawyer on the legal drama "Matlock." That show ran from 1986 to 1995.

The Hollywood community is reeling from the loss.

Ron Howard played Andy's son Opie on "The Andy Griffith Show," is just one of the stars in mourning. He took to his Twitter account to express his sadness over the loss of his TV dad:

Griffith leaves behind his his third wife, Cindi Griffith, and an adult daughter from his first marriage, Dixie.