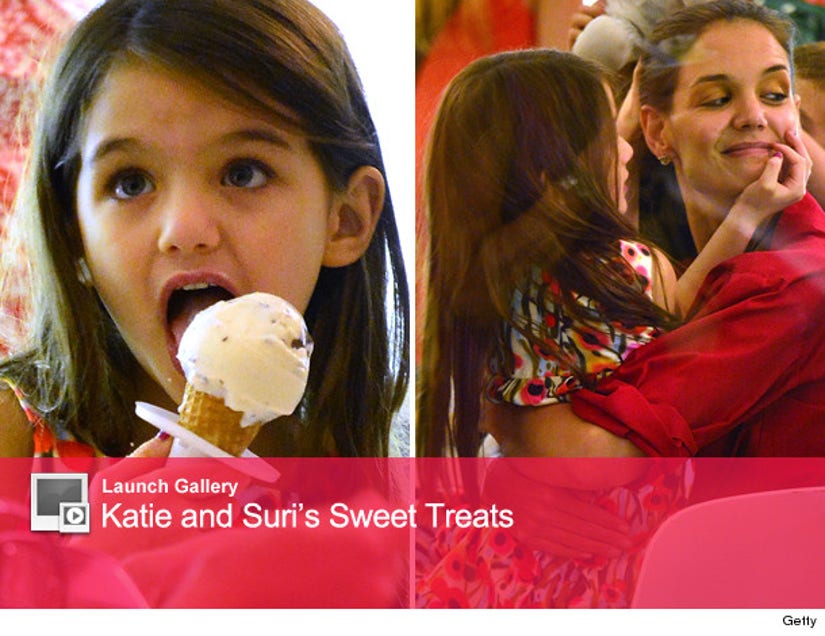 Even in the midst of what's looking like one of Hollywood's nastiest divorces, Katie Holmes seems like she's faring pretty well!

The "Jack and Jill" star grabbed some ice cream with daughter Suri Cruise at Sundaes and Cones in New York City Tuesday. The twosome was all smiles as they laughed and enjoyed some sugary sweets together.

Katie, who filed for divorce from the "Rock of Ages" star last week, appears to be in good spirits as recent sightings of the actress have captured her smiling and laughing … looking far more content than we've seen Holmes in the past few years!