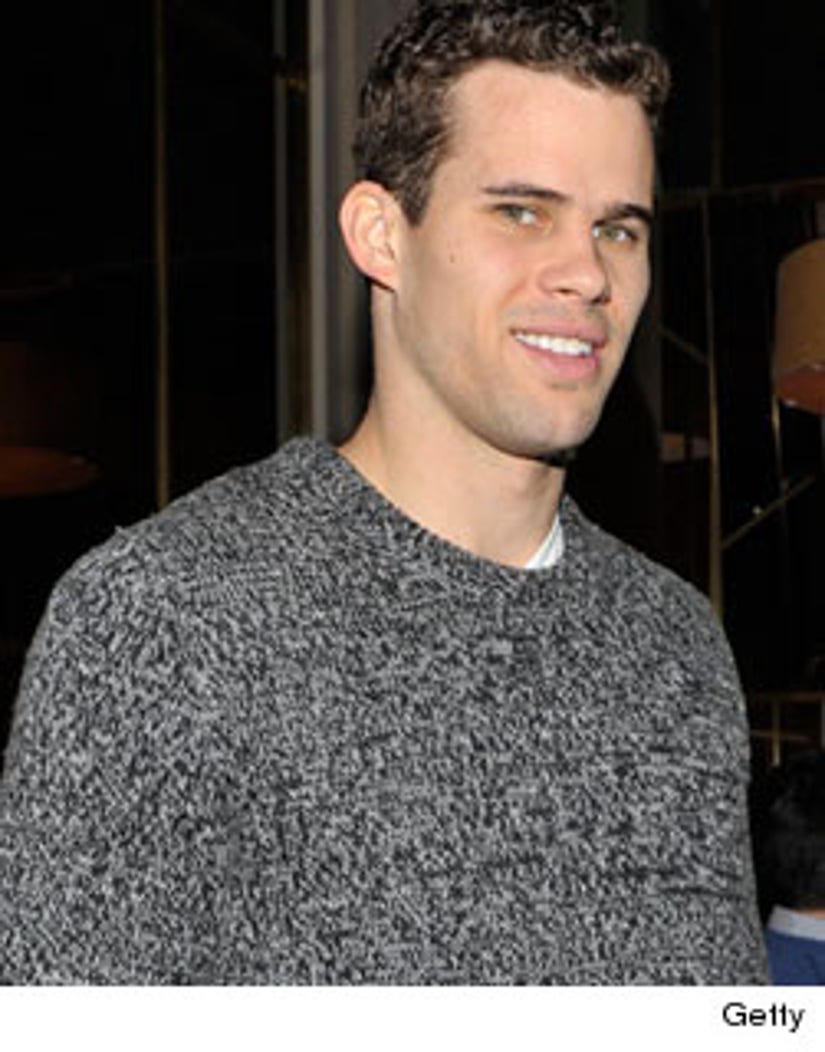 From engaged to married to headed-for-divorce to dad-to-be in just a little over a year? Kris Humphries sure gets around.

The almost-ex-husband of Kim Kardashian is set to become a father, according to TMZ.

It seems Kris' ex-girlfriend Myla Sinanaj (you know, the one he denied the existence of) is three months along, and she says the NBA player is definitely the baby daddy.

This could prove problematic for the 27-year-old basketballer, who all along has claimed that he was devastated by his break-up with Kim, and reportedly said he wouldn't date again until the divorce was finalized.

In fact, Kris also accused Kim of defrauding him by marrying him solely for TV ratings and publicity, and he was just deposed last week as the couple's messy divorce prepares to go to trial.

On top of complicating things with his split, word is that Myla still hadn't dropped the pregnancy news on the father-to-be. Talk about a tough week.