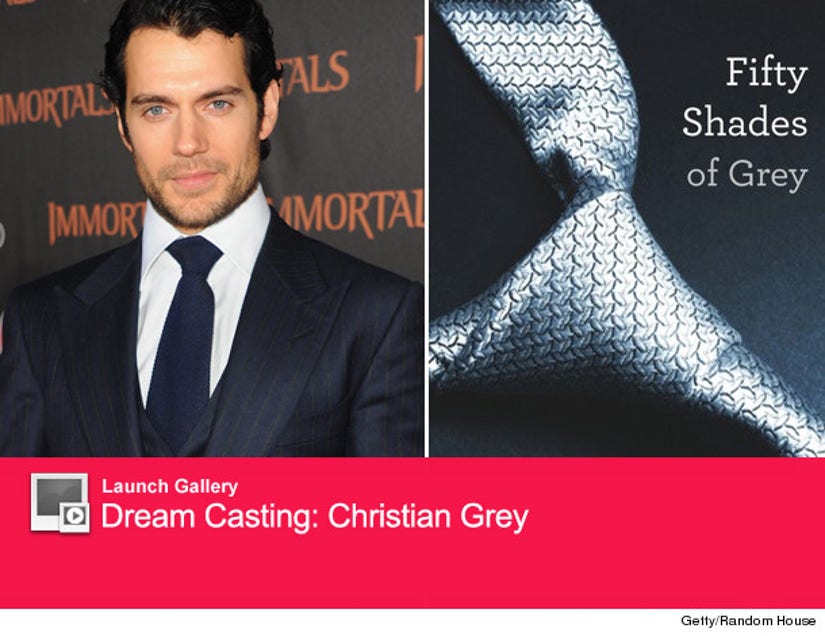 The film adaptation of the racy "Fifty Shades of Grey" is moving full steam ahead!

In a statement to the Hollywood Reporter, Universal co-chairman Donna Langley says “At its core, Fifty Shades of Grey is a complex love story, requiring a delicate and sophisticated hand to bring it to the big screen. Mike and Dana's credits more than exemplify what we need in creative partners, and we're glad to have them as part of our team.”

The books, about an innocent college student who gets drawn into the world of bondage and S&M by an attractive billionaire, have reportedly already sold 31 million e-book and print copies worldwide ... and they're still selling like crazy.

We're just dying to see who will play Anastasia Steele and Christian Grey ... but, according to James, we may be waiting a bit.

"We are so far away from casting the Fifty films," the writer tweeted last week. "No-one ruled is out... no one is ruled in. Just so you know."

So far names like Ian Somerhalder, Henry Cavill, Ryan Gosling, Michael Fassbender and Channing Tatum have all been floated to play Grey ... who do you have in mind?

Check out our Wish List for Christian in the gallery above.