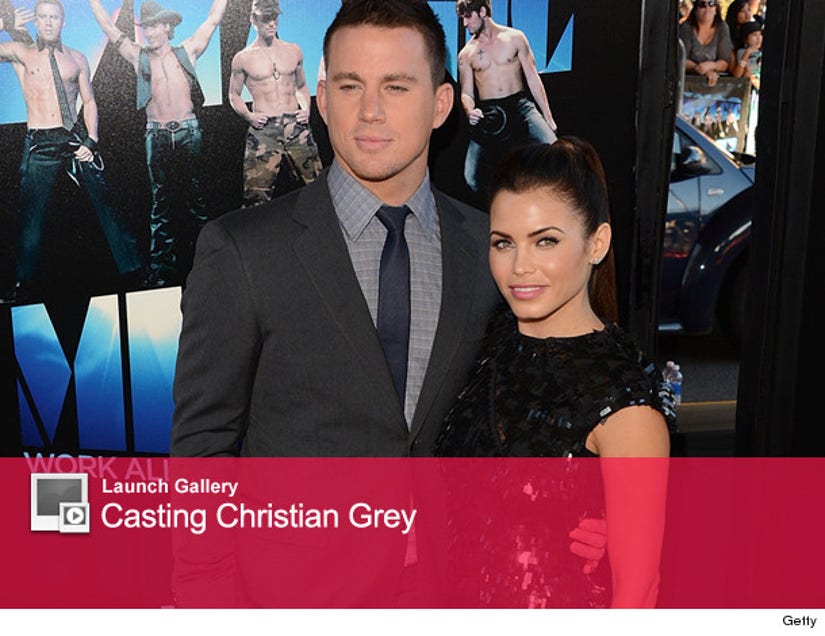 Channing Tatum has been one of the big names being floated around to play S&M obsessed billionaire Christian Grey in a film adaption of "Fifty Shades of Grey" -- but would he do it?

Judging by the comments in our post yesterday, fans would definitely love to see him in the role ... and anyone who saw "Magic Mike" knows he's comfortable the nudity the flick would likely include.

In a Twitter interview with Glamour UK yesterday he says "1) Yes. 2) I'd only be allowed if my wife was Ana. She's read the books so I don't think she'd be impressed if she couldn't be Ana!”

His wife would be the gorgeous Jenna Dewan, who was most recently seen on "The Playboy Club."

What do you think of this casting choice? Check out some of our other suggestions for Christian Grey in the gallery above.