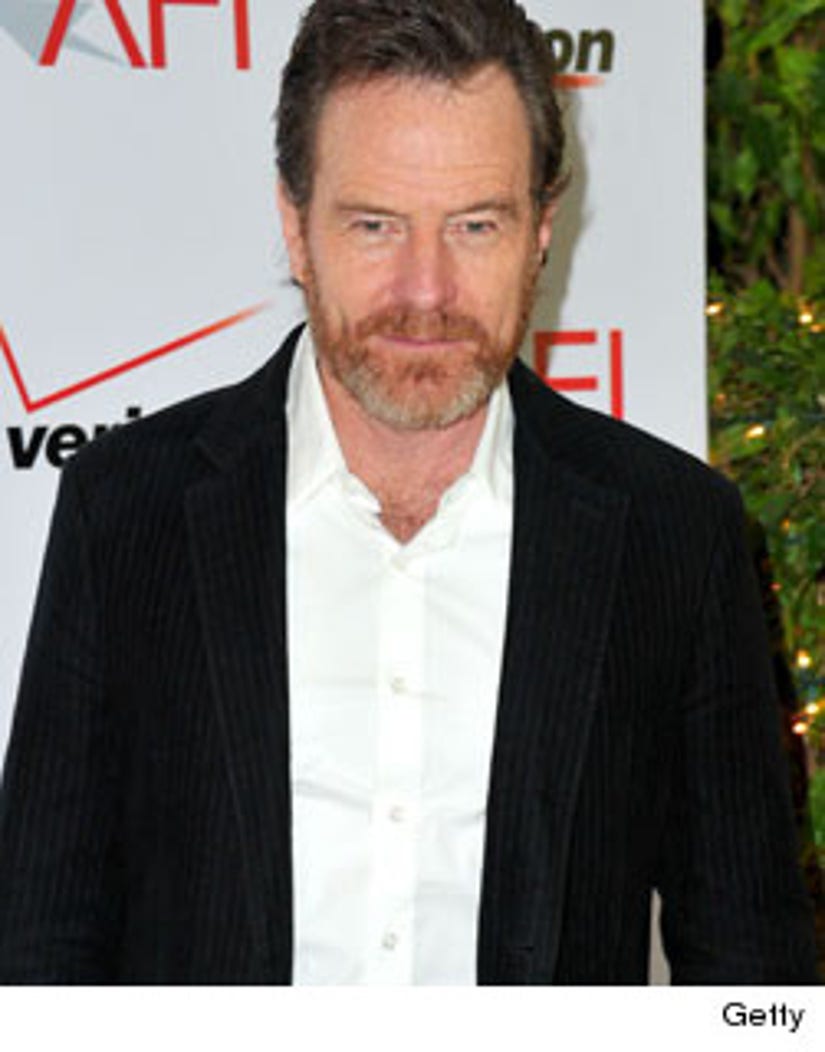 Most actors get cut up or bruised while filming fight scenes. Bryan Cranston got pinkeye.

During a Comic-Con press conference Friday for "Total Recall," Cranston revealed the unique injury he sustained while making the flick.

"I got pink eye in both eyes," he said to a laughing crowd who probably thought he was joking.

Costar Colin Farrell confirmed the malady though, saying "He looked like he'd been on a three-day bender in Saigon in 1972."

"From the water," explains Cranston. "We had these fight scenes in 8 inches of water and lovely people that they are, the crew, they heated it up the water so we weren't cold all the time."

But, it ended up being a costly decision.

"It became a petri dish with all these crew members," says Cranston, who then contracted pinkeye.

"That's right, get poop in your eye and go to work," joked costar Jessica Biel.

Don't worry though, there will be no pink eyes in the final film when it hits theaters August 3 -- director Len Wiseman confirms he digitally removed it!