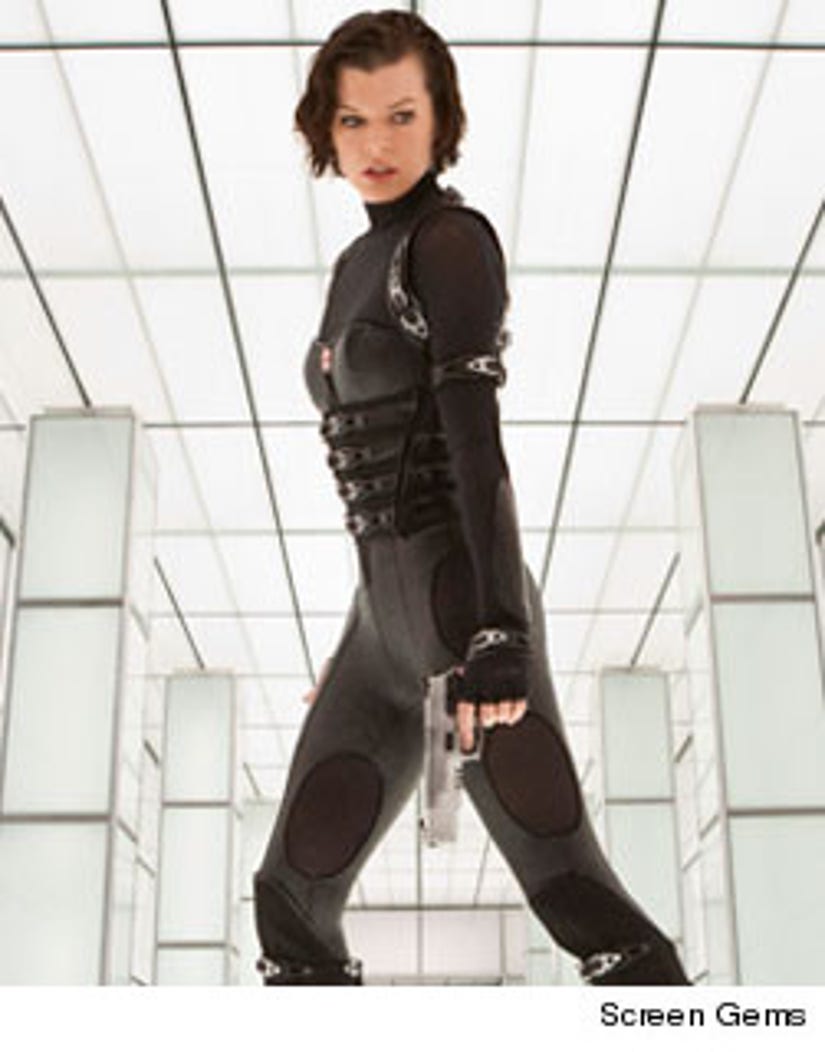 Milla Jovovich has been spent the last 10 years kicking zombie ass as Alice in the "Resident Evil" movies -- but could the film series be ending soon?

With the fifth film "Resident Evil: Retribution" coming out in September, Milla talked about the future to toofab earlier today at Comic-Con.

"He said #6 is the end," Milla says of director Paul W. S. Anderson, who also happens to be the star's husband.

While she remained tight-lipped on what a sixth (and possibly final) flick could be about, she revealed Paul wants "to take it back to the first movie ... he wants to take it back to being this really tight, enclosed space, which I think it really interesting since because we've just been going bigger and badder."

She says the movie would also be "very contained and claustrophobic."

While Milla didn't say any more about the franchise's future, costar Boris Kodjoe had a more optimistic (and realistic) take on the situation.

"Forever," he said when asked how long the series would continue. "It will, as long as it's making money for them, they'll continue doing them. Why not? It's a sure shot for the, there's a built in audience and the audience is growing globally at a crazy rate."